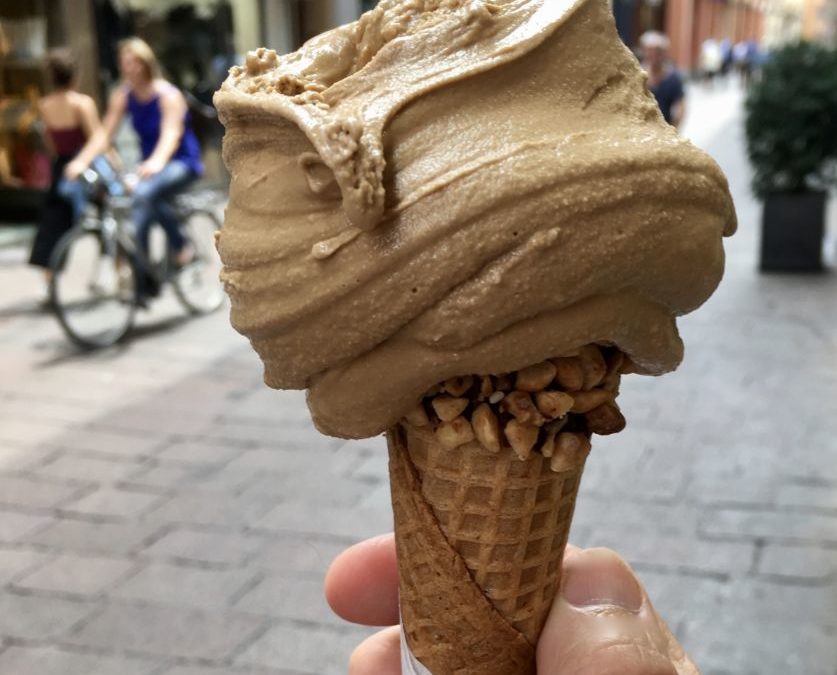 We spent three weeks in Italy recently and we ate gelato every day except one. I very rarely eat ice cream at home so I wondered, “Why the gelato habit every afternoon?” Is it the manageable size? The fact that there is a gelato shop on every corner inviting you in? The vacation mentality? Or, is it just that gelato is a superior product to ice cream?

Gelato is Italy’s ice cream, but talk to anyone and they will tell you there is a difference between the two, whether or not they’ve investigated the particulars. They are more like siblings than twins. They share the same basic ingredients – milk, cream, and sugar – and the same role as a refreshing and creamy summer treat, but they are definitely distinctive from one another.

Here are 4 differences between gelato and American ice cream

While gelato has the same ingredients as ice cream, the proportions are different. Gelato has more milk and less cream. It often also has more sugar. An increase in sugar compensates for the lack of fat and combats the formation of ice crystals.

Gelato is churned more slowly and gently than American ice cream. This processing means that less air is incorporated in the product, and less air results in more density. The ingredients are also supercooled while stirring to break up any ice crystals that might try to form.

Gelato may also be more appealing because of the quality. Gelato is typically handcrafted in smaller batches by artisans who pay careful attention to ingredients and flavor. And, why not? With four options in a city block, the competition is fierce!

The best gelato I’ve ever eaten (and I’ve sample a lot) was from a small shop on a side street in Turin. It wasn’t a complete shot in the dark to find such a fantastic sample. Every one of the characteristics of good gelato (see our tips below) was present. Adding to the pleasure was the flavor – dark chocolate with white chocolate chunks, coconut, and almonds. I’ll never forget it. Which flavor do you love?

6 Tips to Find the Best Gelato