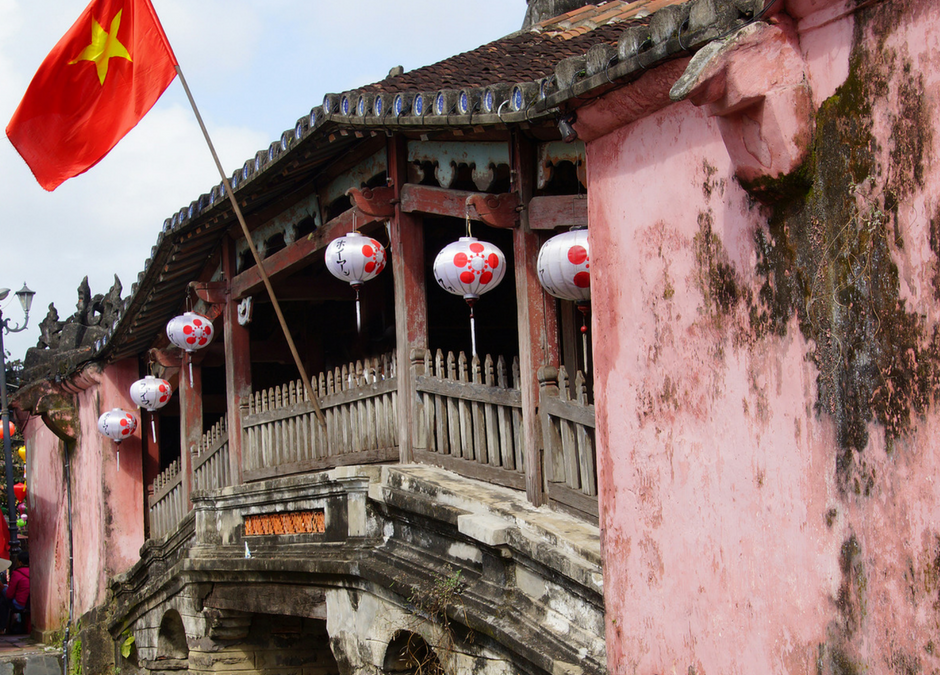 When I think of my travels to Vietnam, the town of Hoi An looms large in my mind. It is lovely and historic. It is colorful and intriguing. It has a lively and interactive story to tell. At the center of it all is a Japanese covered bridge called Cau Chua Pagoda.

Hoi An has always invited people from all corners of the world to its front door. Historically, they came in the form of harbor foreign traders. With its proximity to the South Chinese Sea, Hoi An was an important and busy port for all of Southeast Asia. It drew the Dutch and the Indians, but most of the local population swelled with Chinese and Japanese traders attracted to the opportunities for commerce. Today, visitors come to Hoi An to experience what Vietnam once was, long before the era of tweeting and airplanes.

At the symbolic center of this UNESCO world heritage designation is an attractive Japanese covered bridge constructed around 1590 over a stream to join two sides of “Seaside Town” (Hai Pho). It was functional of course, but it was also a gesture of friendship and peace between the Chinese and the Japanese coexisting in Hoi An for a time. 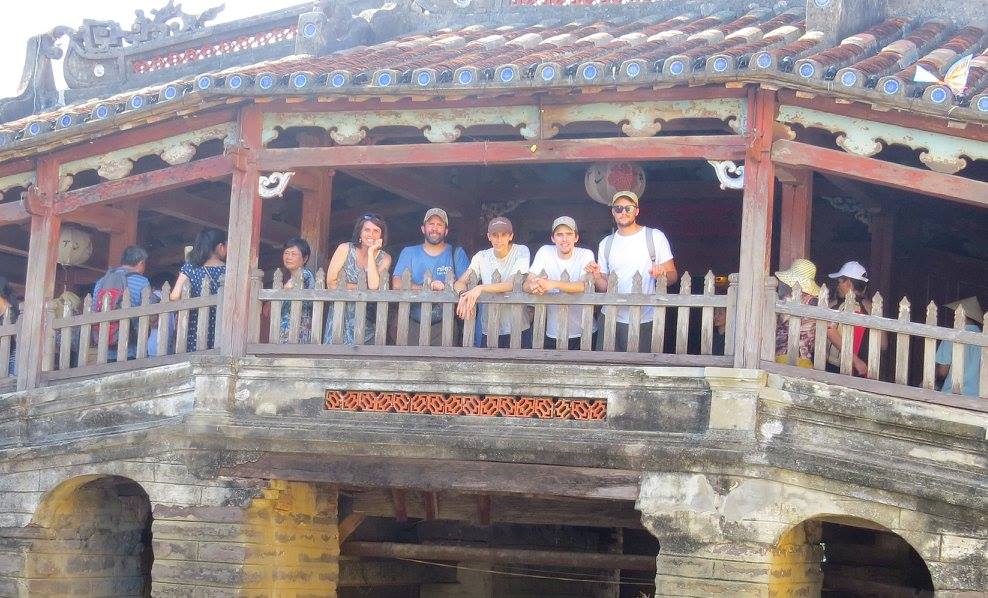 This Japanese Covered Bridge of Hoi An welcomes the world

The 60-foot pedestrian bridge is painted red (aged to a blush pink hue) with a wooden pagoda roof and stone pillars. At one end of the bridge is a pair of monkey statues and at the other a pair of carved dogs. It is believed that the monkeys and dogs are linked to zodiac signs and represent the years in which the bridge was built – started in the year of the monkey (1593) and completed in the year of the dog (1595).

At the entrance of the bridge there is a wooden sign in Chinese characters that reads, “Bridge for Passengers from Afar” – and so it has been for a very long time! 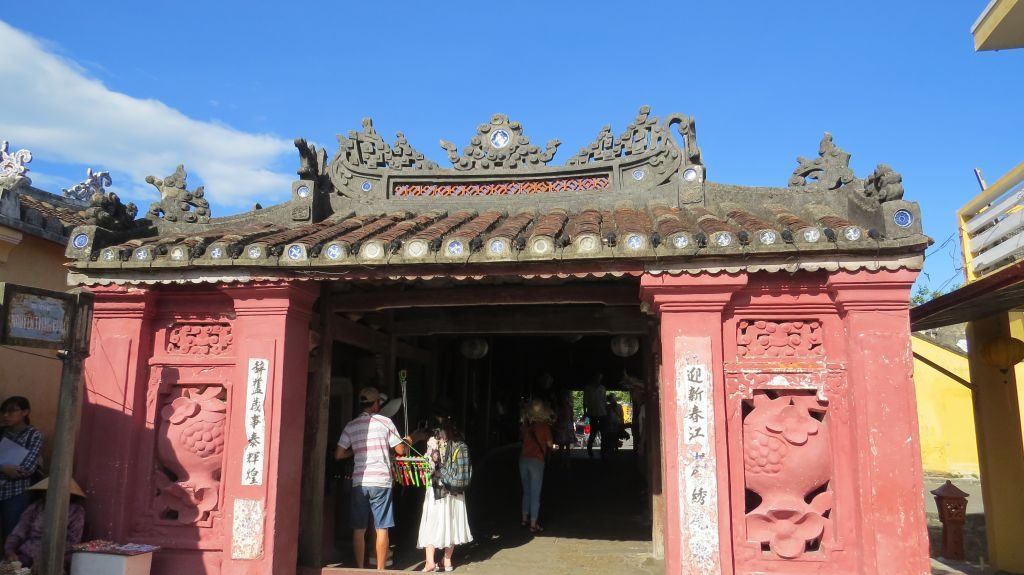 Bridge for Passengers from Afar