Keeping Christ in Christmas Around the World 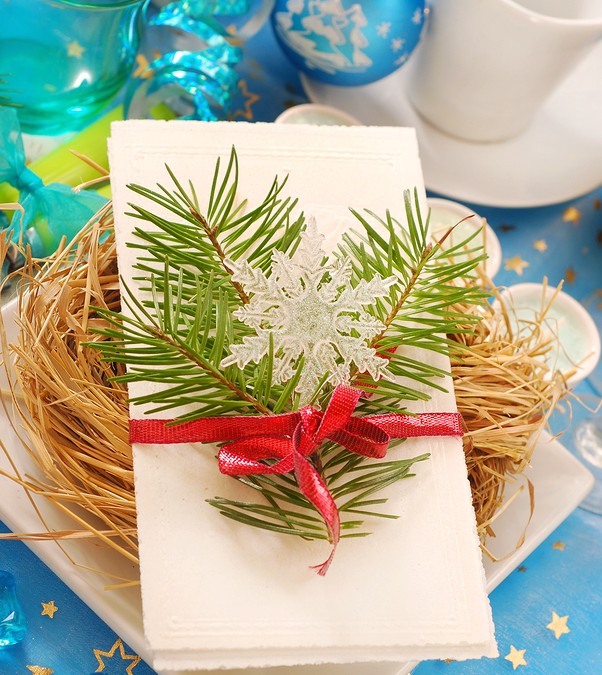 In North America, Christians keep Christ in Christmas by lighting Advent wreaths, retelling the Christmas story, attending church services, and giving to others during the season of Christ’s birth. Doing this preserves and honors its importance. Christians in other cultures around the world have established their own unique traditions that help them keep their focus on the central person of this season of joy. Read about some of the ways Christians are keeping Christ in Christmas in other countries…

December 8th is the official start of the Christmas season in Guatemala and it is also the day that people begin to put up their nativity scenes (Nacimiento or Belen). Planning for these nativity scenes is done within families and can be elaborate, with preparations sometimes starting as early as August! On Christmas Eve the baby Jesus is placed in the manger and a family prayer is said around the Christmas tree. At midnight Guatemalans will set off fireworks to announce Christ’s birth. 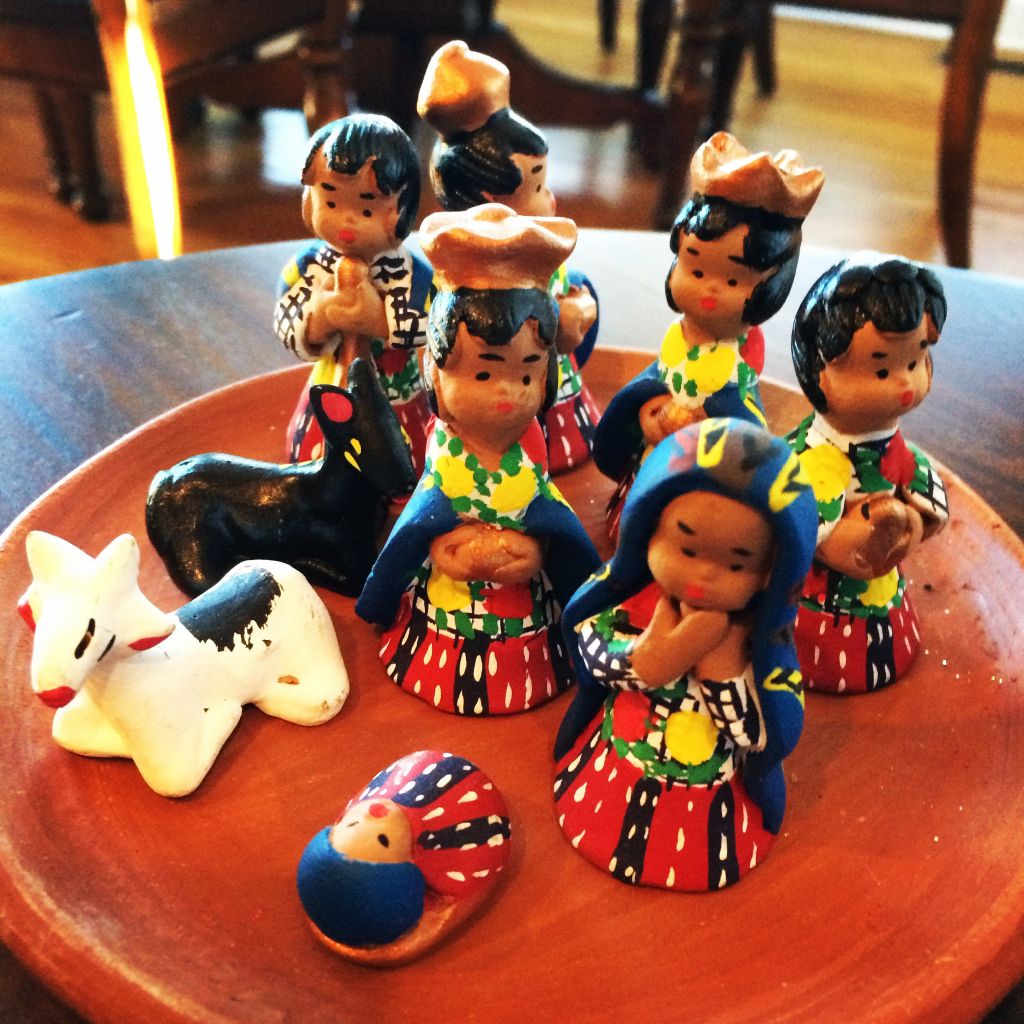 Christians are the only ones to recognize Christmas in the country of Egypt. They celebrate on the 7th of January (not December 25th). Every Saturday night in the month leading up to Christmas, Christians meet to sing special praise songs. On Christmas Eve, the church service starts in the late evening (about 10:00 p.m.) and can last until dawn. 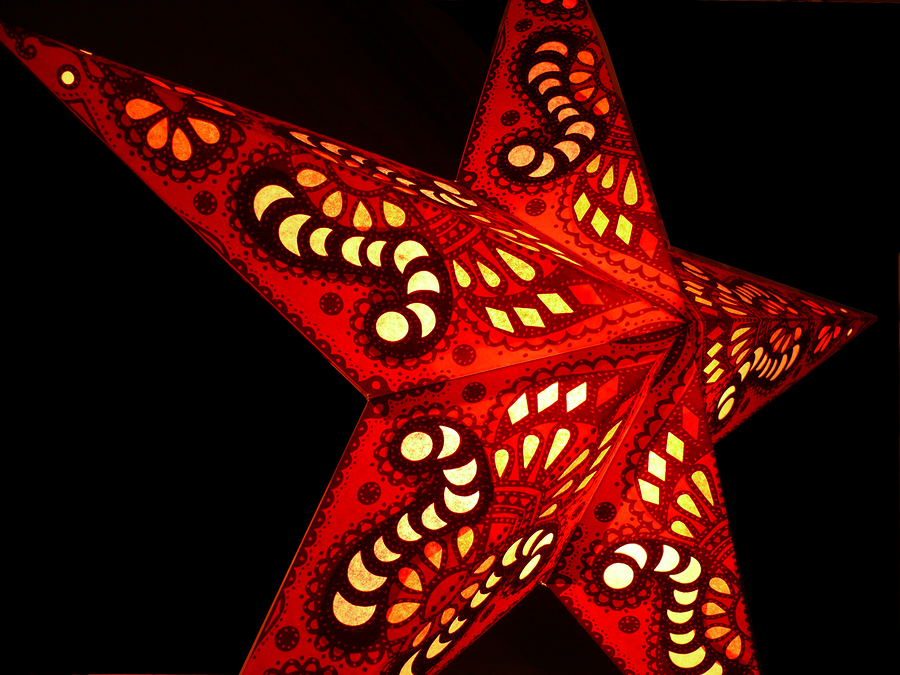 A paról is an ornamental, star-shaped Christmas lantern from the Philippines. It is made out of bamboo and paper

A 400-year-old tradition called Las Posadas involves a nine-day celebration that reenacts the Christmas story. Two people dress up as Mary and Joseph and they travel to a different designated house each night from December 16 to December 24. The houses Mary and Joseph visit represent the inn on the night of Christ’s birth. At each home a song is sung and Mary and Joseph are invited in for a time of prayer around the nativity scene, followed by a party. Sometimes the processional of Mary and Joseph involves other attendants and live animals.

With only a 2% Christian population nationwide, the celebration of Christmas is not very widespread in India. However, in South India Christians will light an oil lamp and place it on the flat roof of their homes to proclaim that Jesus is the Light of the World. In Northwest India tribal Christians will travel to surrounding villages to tell the Christmas story. They will also spend the week leading up to Christmas staying up the entire night to sing Christian carols together.

Ethiopian churches are built with three circles situated one within the other. On Christmas Day (Ledet or Genna) church attenders are given a candle and together they march around the church three times in a solemn procession. After the march is completed the men and women separate from each other and stand in the second circle for the remainder of the service (sometimes over three hours). The choir sings from the outer circle and the center circle is the place from which the priest serves communion.

In the afternoon on Christmas Day, boys play a hockey-like ball game. Legend says that upon hearing the news of the birth of Christ, shepherds rejoiced and spontaneously played this game with sticks. Note: Ethiopia is thought to be the home of one of the Wise Men who visited Jesus. 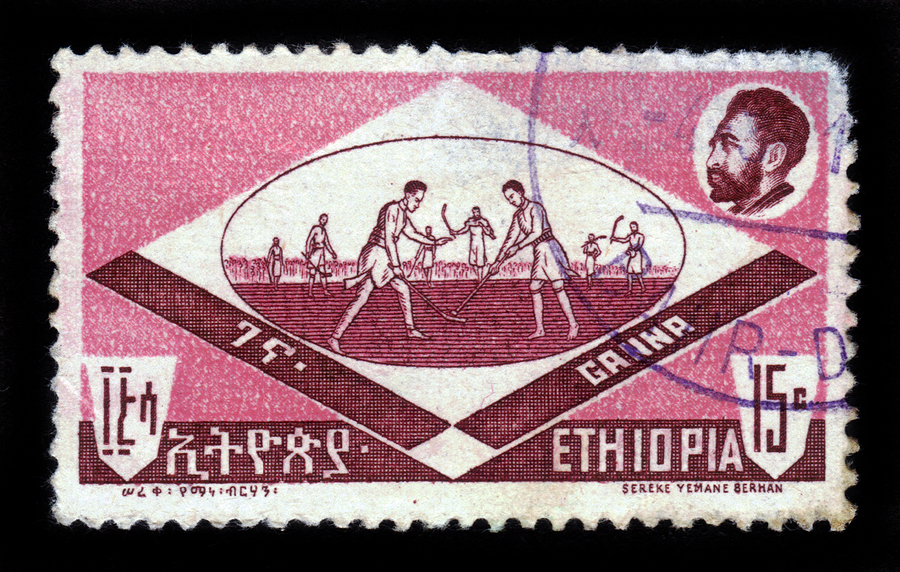 This Ethiopian stamp from 1962 is printed with an image of the field hockey game, Ganna, which is traditionally played on Christmas Day.

In the Advent season (the days of anticipation), the Polish will fast from excess to set time aside for God. No food is to be consumed at all on Christmas Eve until the first star is spotted in the night sky. Children eagerly watch for it to appear as the signal that the meal can begin. The first course begins with Oplatek, a large wafer stamped with the image of Mary, Joseph and Jesus. It is passed around the table and shared by everyone just before the more tasty soups, fish, salads and gingerbread are served. It is customary to avoid meat at this feast to pay respect to the animals that were present at Christ’s birth. Sometimes straw is also scattered around the room or under the tablecloth as a reminder of the scene at Bethlehem. 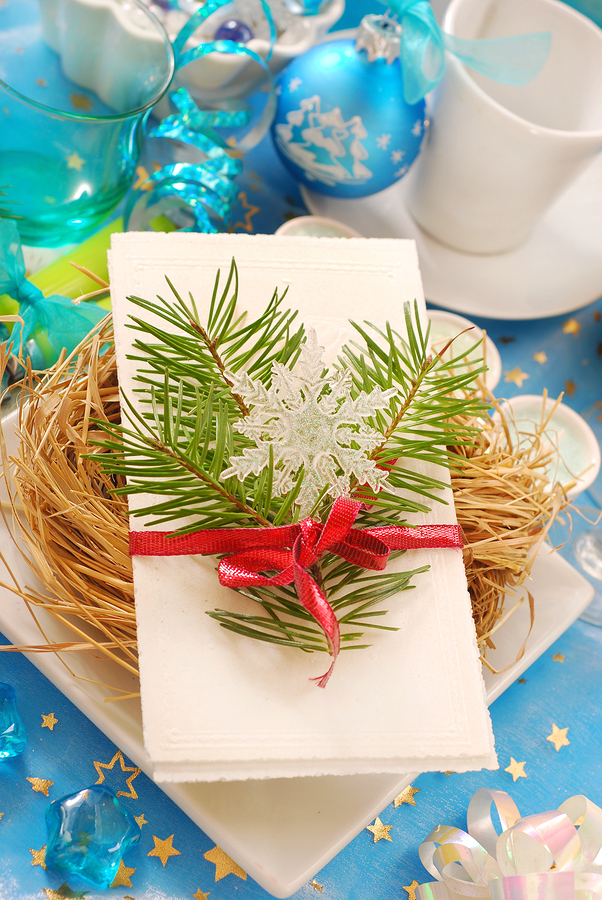 Oplatek (pictured above) is a white wafer from Poland stamped with the image of Mary, Joseph and Jesus. It is shared around the table on Christmas Eve among those gathered for the evening meal.

In the Alpine regions of Germany and Austria families lay hand-carved manger scenes under the Christmas tree. These nativities have usually been passed from generation to generation. The head of the family reads the story of the Christ Child (Kristkindl) from the family Bible. In the countryside, farmers will mark the archways of the barn doors with the initials of the Three Wise Men. Some people will even take time to reenact the story of Mary and Joseph, looking for shelter on the night of Christ’s birth. They will travel from farm to farm, seeking hospitality, often requiring that they wade through very deep snow along the way. 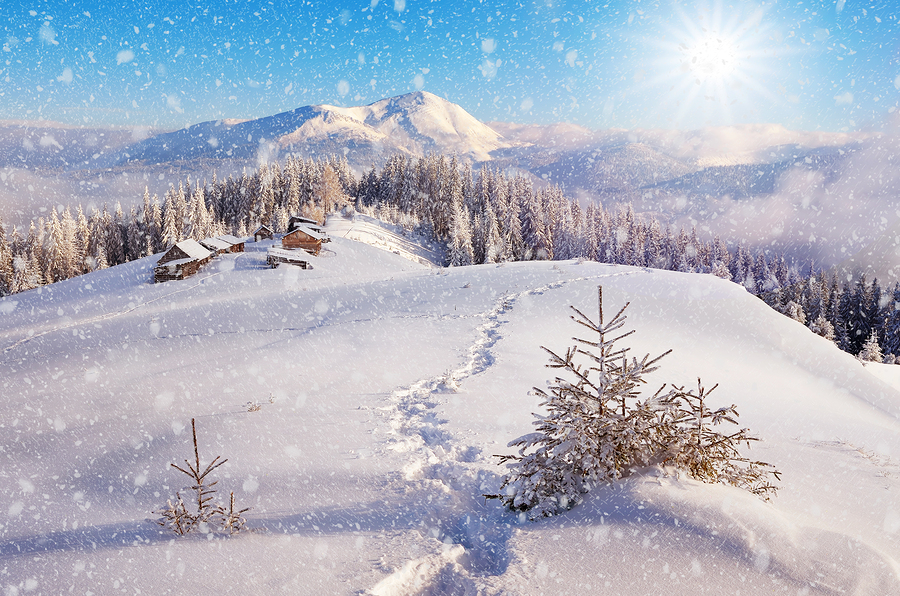 “Is there room in the inn?” People of the Alps reenact the story of Christmas by trekking through deep snow to nearby farms looking for hospitality.

Bless us, Lord, as we seek Christ in the lowly mangers of this world,

Bless us as we seek to honor the mystery of the Incarnation in our midst,

Remembering always that You made us, and all humanity, in Your divine image.

Taken from “God With Us: Rediscovering the Meaning of Christmas”

We wish you a meaningful and joyful Advent season.