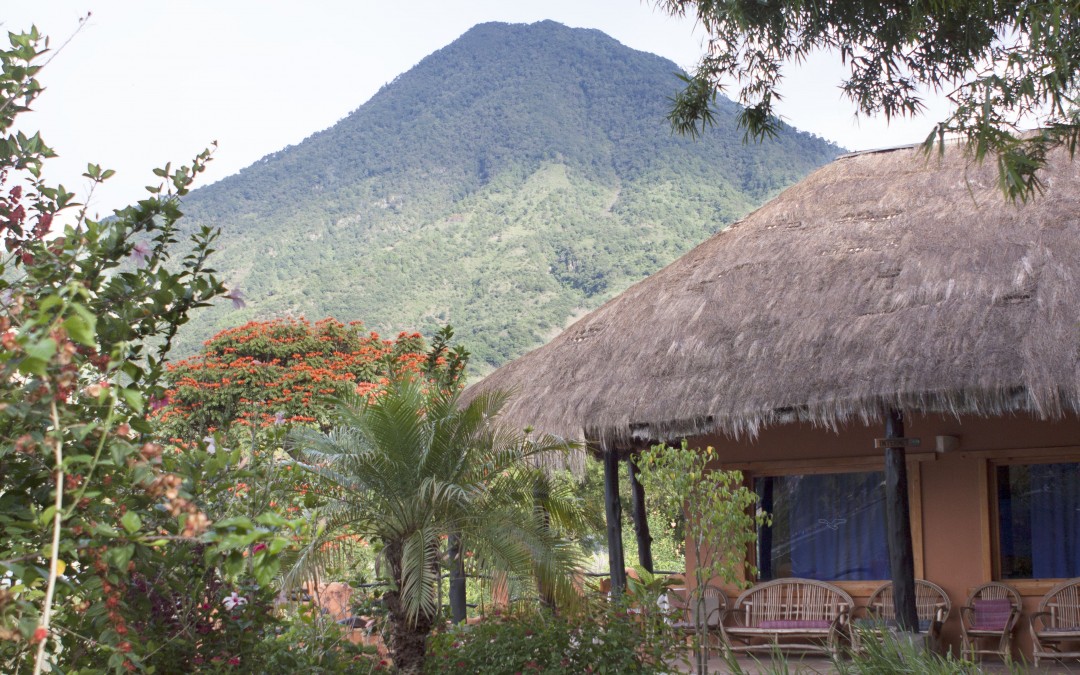 As the sun was sinking below the towering escarpments that surround Lake Atitlan, the music began. At first it was a lonely and distant rhythm from a village that sounded like it was directly across from me, on the other side of the lake. In just a few minutes another competing song rose to my left. This one was closer and louder, and far more enthusiastic. Then, behind me, there was a chorus of voices and instruments pouring out into the streets of Santiago. These separate celebrations of more than a dozen towns that surround the lake continued to erupt and layer, one over the other, until I and breathtaking Lake Atitlan were engulfed in music. It was Sunday. It was church night.

Our Niteo host invited us to take a short ride into this lesser visited town of Santiago where we were staying. It wasn’t a terribly far walk, but we climbed aboard a red tuk-tuk (a motorized tricycle) to avoid being late. By now, the streets were crowded with Bible-toting families heading to church. There are 35 evangelical churches in this town and every one of them, it seems, had its doors flung wide open with music spilling over into the streets.

We arrived at our host’s church and took our seats, but I found it hard to concentrate – partly because I didn’t speak Spanish, and partly because I couldn’t take my eyes off of the handmade clothing that surrounded me. It was a stunning display of artisanship. My mind wandered to the young woman with the infectious smile sitting in the chair just down from mine. I had watched her demonstrate this handicraft to us earlier in the day, and it was hard to not replay all I knew about what went into all those brightly-colored embroidered birds, flowers, and geometric shapes. Out of her own imagination she had sketched her entire design in blue ink pen onto the thick, rich, cloth. Then, she brought the design to life with colored floss. 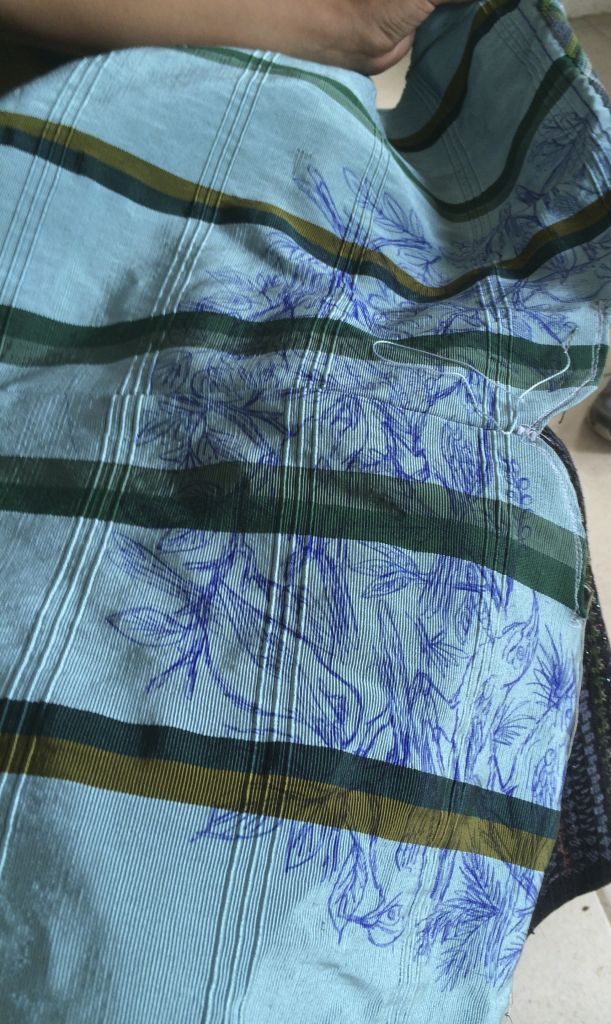 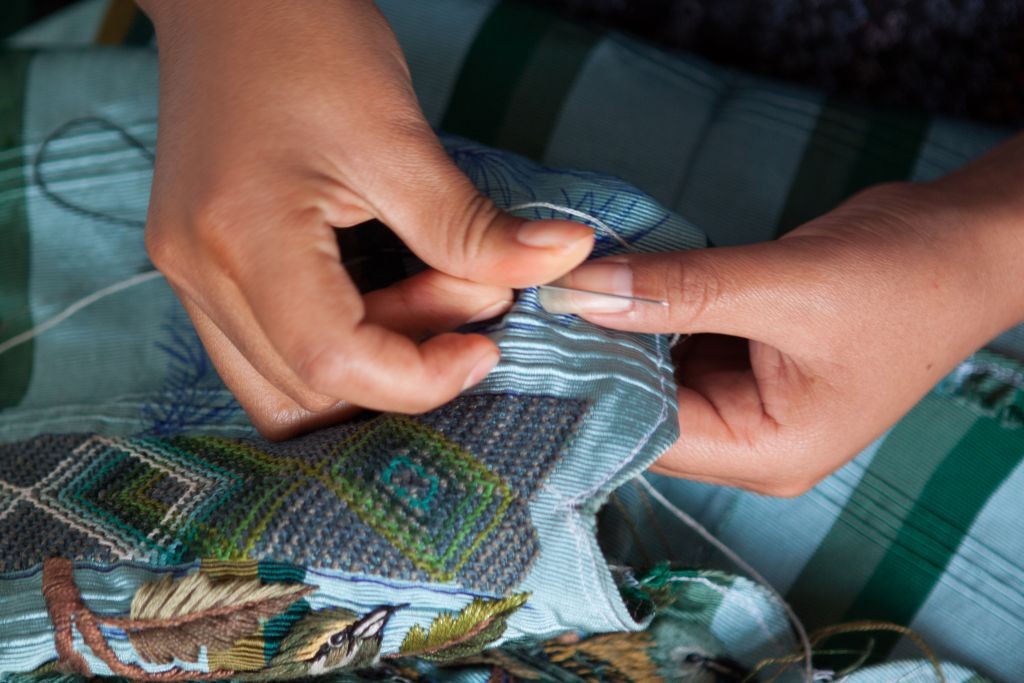 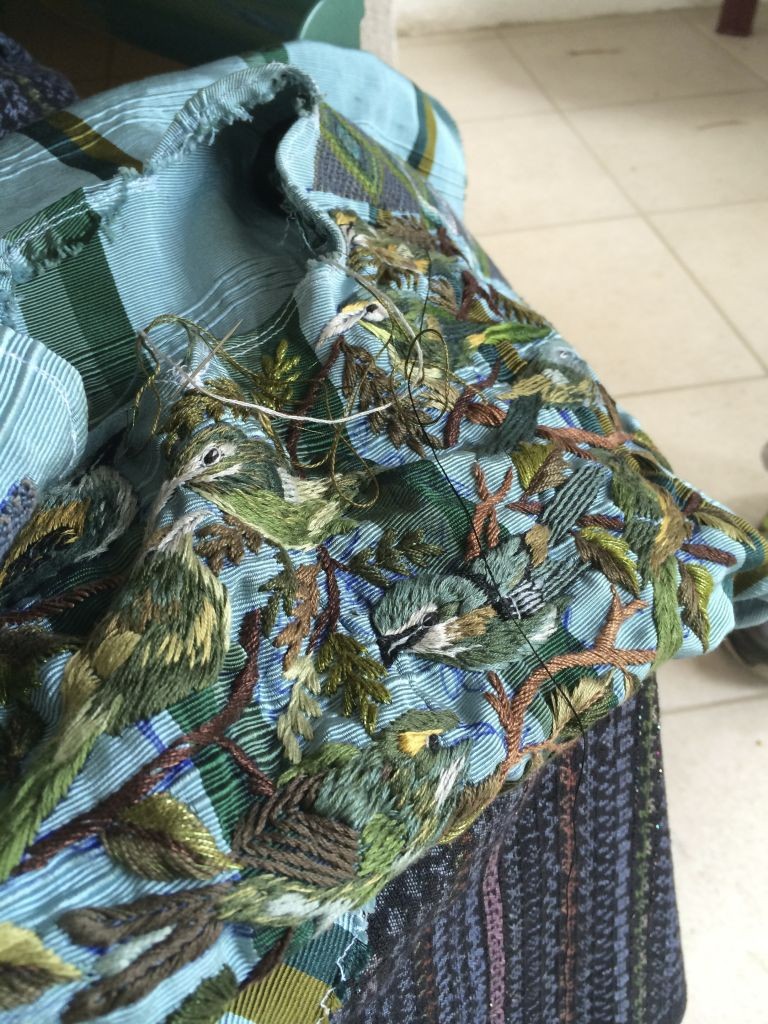 When church concluded it was already dark outside, but the main square filled with people of all ages looking to enjoy the Sunday evening custom of friendly, relaxed conversation and delicious (and inexpensive) street food. There wasn’t a tourist in sight. It felt like I had entered a private moment among family, and yet no one noticed I was there. Our host took us to his favorite spot – a vendor who was grilling meat at high speed over an open fire. My traveling companion was hungry and after eating chicken and beef on a tortilla smothered in hot sauce, he declared the street food of Santiago far superior to the expensive tourist venues of Antigua.

We walked slowly back to our villas nestled on the shore of this magnificent lake that was now peaceful and quiet, reflecting the last remaining lights of its surrounding villages. Tomorrow, the music and rhythm of life in the villages would rise up again, and Lake Atitlan would still be the masterpiece at the center of it all. 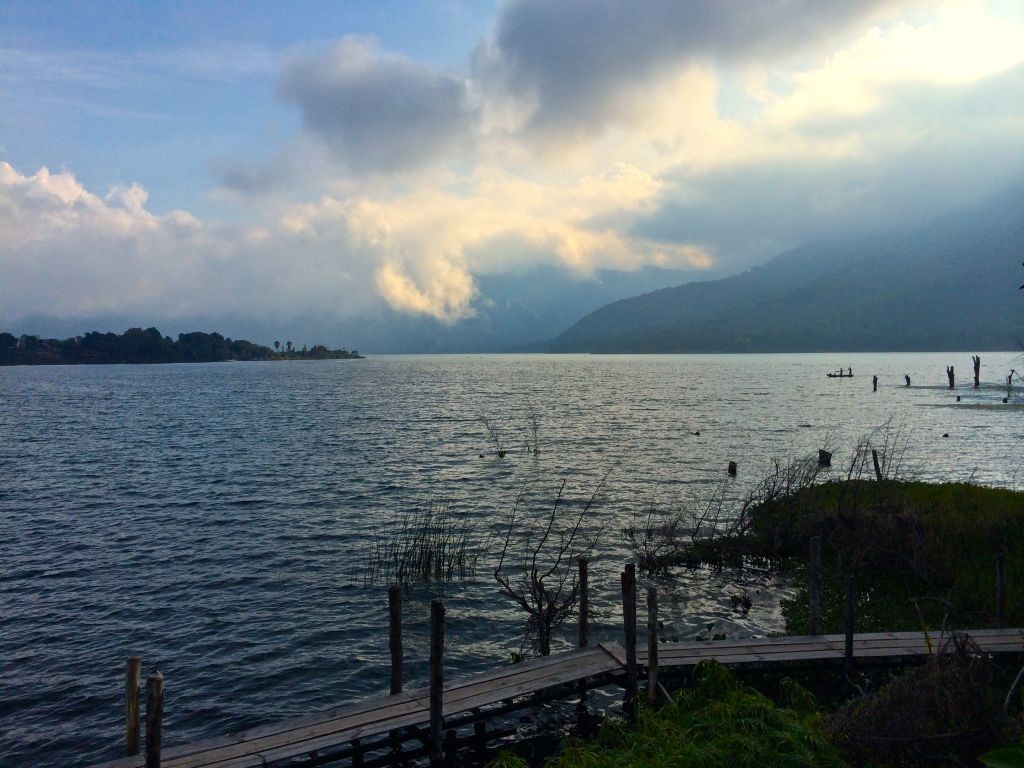 Niteo’s Guatemala Tour includes Lake Atitlan and some of its surrounding villages, including Santiago. See the full package and itinerary by clicking here.