Science Reveals Travel is Good for You 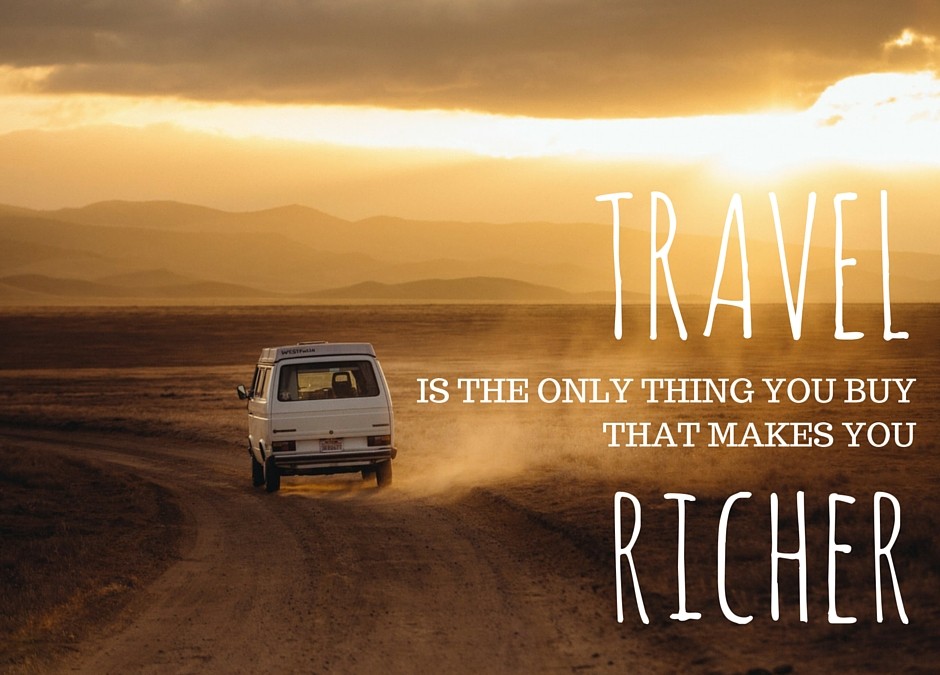 Should you buy the upgraded laptop or buy the tickets?

When my husband and I got married, we made a mutual agreement. We decided that if we had extra money we were going to spend it exploring the world. We had met overseas in a small, alpine village of Austria and the draw to the shared delight of travel was one of the foundations for our relationship. When we had our children, we made another agreement. We were going to spend more of our money and time introducing our kids to far-away cultures, different foods, and friends who lived in other time zones. We wanted them to be broad in their understanding, make social networks across borders, and develop an appreciation for the unfamiliar.

After more than 20 years of marriage and crossing land and sea as a family, we can say with complete confidence we haven’t regretted one dollar of our travel investment. I look into the faces of those I love, in my home and across the world, and I recognize that I will have these shared experiences with me always. I can’t say the same for the other “had to have it” purchases that clutter my home and garage. Mostly, those things just serve to remind me of how foolish I was to think an object would bring me happiness for long.

Those of us who travel already know intuitively that there are great benefits to leaving home and exploring new territory. Now scientists are quantifying those impressions into compelling data. So when you’re contemplating the decision between buying that upgraded laptop or going out of the country, book your ticket and tell yourself that science would support your choice.

Here are six ways science reveals why travel is good for you.

1. Travel is good for your heart. Studies found that men who did not take an annual vacation had a 20% higher risk of death and a 30% greater risk of heart disease than those who did. Women who took vacations at least twice per year were significantly less likely to be at risk for a heart attack than those who only vacationed every six years. I know what you are thinking…but the study did account for preexisting conditions and other social and economic factors.

2. Travel boosts your brain at any age. The introduction and navigation of something new and different that travel experiences can provide boost cognitive brain health by creating new synaptic connections. These connections build on each other, increasing your neural activity. The research leads Paul Nussbaum, a clinical neuropsychologist and Adjunct Professor of Neurological Surgery at the University of Pittsburgh School of Medicine, to the conclusion that “Travel is good medicine. Because it challenges the brain with new and different experiences and environments, it is an important behavior that promotes brain health and builds brain resilience across the lifespan.

3. Travel elevates and sustains good feelings long after you get home. According to the research done by Cornell psychology professor, Thomas Gilovich, experiential pursuits, like travel, have been proven to have longer-lasting effects on our happiness over buying something material. Dopamine (the feel-good chemical in our brain) is released when we encounter something new and fun, but over time, as we adapt to this new thing, the happiness wears off (remember that new I-phone you just had to have?). However, experiences, like learning a new skill or traveling, have the ability to attach to the deeper parts of our identity, our connections, and our social behaviors and people report that they feel more satisfied with money spent in this way. It is something they feel they have for their entire lifetime… the gift that keeps on giving. Travel also alleviates feelings of depression and stress. In a 2013 survey, 86% of travelers reported that travel “improved their mood and outlook about life in general.”

4. Travel strengthens your marriage (and other relationships). One of the three main reasons people give for why they travel is to strengthen the bonds of family and/or friendship through a shared experience. It makes perfect sense that “the family or friend who plays together, stays together” and research agrees. Researchers led by Purdue University Xinran Lehto concluded that “family vacations contribute positively to family bonding, communication and solidarity.” Even a bad vacation is better than no vacation, according to the authors of the study.

5. Travel increases your work productivity. Think you just can’t afford to be away from the office? Numerous studies show that travel increases creativity, problem-solving skills, intellectual function, and also helps to prevent burnout. Adam Galinsky, a professor at Columbia Business School and the author of numerous studies on the connection between creativity and international travel says that, “Foreign experiences increase both cognitive flexibility and depth and integrativeness of thought, the ability to make deep connections between disparate forms.” (Link here to read more on the topic). Interestingly, Galinsky also notes that engaging the culture in a more direct way, as Niteo Tours does, is key to heightening creativity through travel. Laying on the beach or looking out a tour bus window won’t provide the same benefit.

6. Travel expands your horizons. Mark Twain once wrote that, “Travel is fatal to prejudice” and it seems he was on to something. While we know from personal experience that interacting with people and places that are different from us can be described as eye opening, a study of university students proved that it is actually capable of altering personality profiles. More than 1,000 students were assessed before, during, and after their study abroad program. The test measured the “Big Five” personality traits – openness, agreeableness, conscientiousness, extraversion, and emotional stability. The study found that “after returning from their trip, those who traveled scored higher in openness, experience, agreeableness (which reflects a need to get along with people) and emotional stability relative to those who did not travel.”