The Cloud Forest of Doi Inthanon 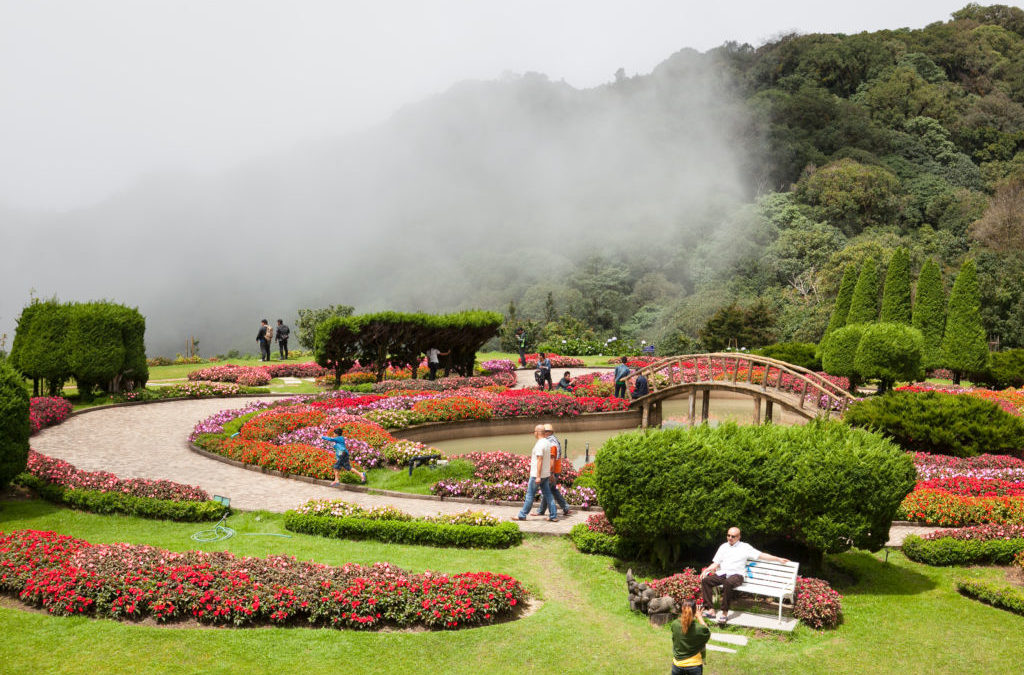 We took a little road trip outside of Chiang Mai to the highest point in Thailand – Doi Inthanon National Park. Up a steep and winding hill we climbed, leaving behind the typical jungle forest floor and bright skies to ascend to the very uncommon (and towering) pine trees that lined the road at the higher elevations. Eventually, a thick, foggy mist settled around us and the forest became dark and moss-covered. When we parked the car, we had reached an elevation of 2,565 meters above sea level. The temperature at that elevation was cool – likely cold by Thai standards. We even put on our sweatshirts for the first time since arriving in SE Asia! 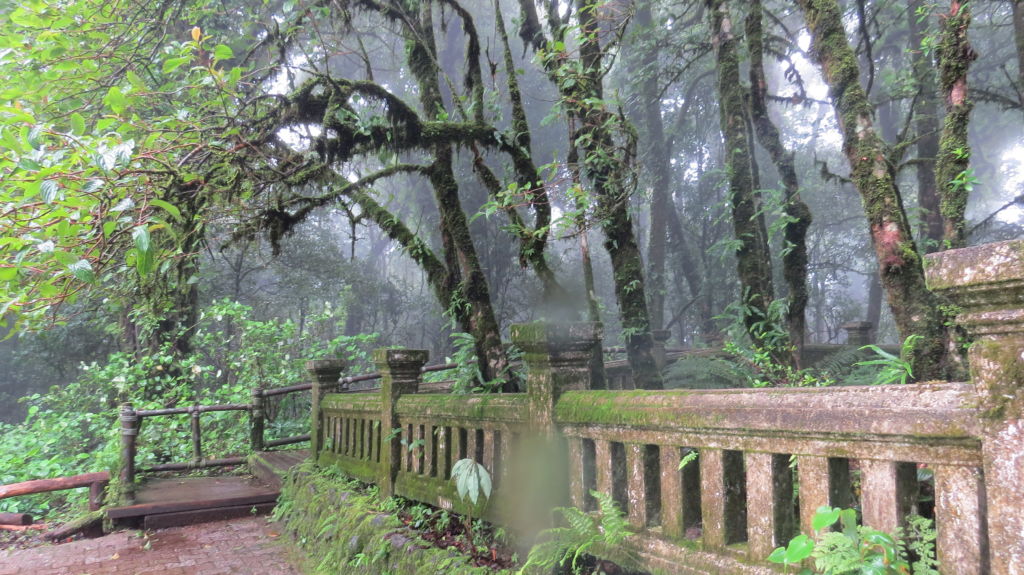 A unique combination of humidity and cool temperatures had created an incredibly eerie effect – sound was muffled, the thick air muted the views that day too.  We discovered that we had arrived in a magical place called a cloud forest. Only 1% of the world’s woodlands are designated as cloud forests because they require such unique climate conditions. The persistent watery cover allows the abundant vegetation to capture and hold moisture and by looking around, it was clear that lichens, ferns and mosses really thrived here. 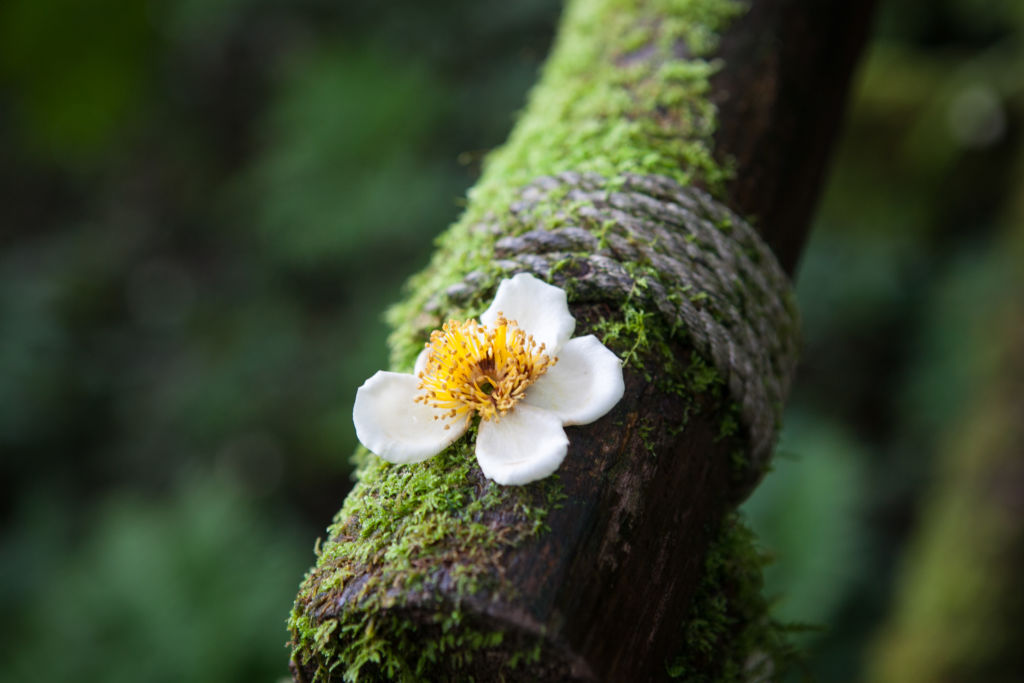 A pretty white flower stands out in this moss covered forest

We explored the main attraction – twin pagodas facing each other just down from the summit of Doi Inthanon. These storied structures were built to honor the king and queen of Thailand on their 60th birthday. They are impressive and simple and I would imagine the perfect gift for these beloved royals who were huge promoters of the surrounding forest and invested a great deal to protect it during their rule. 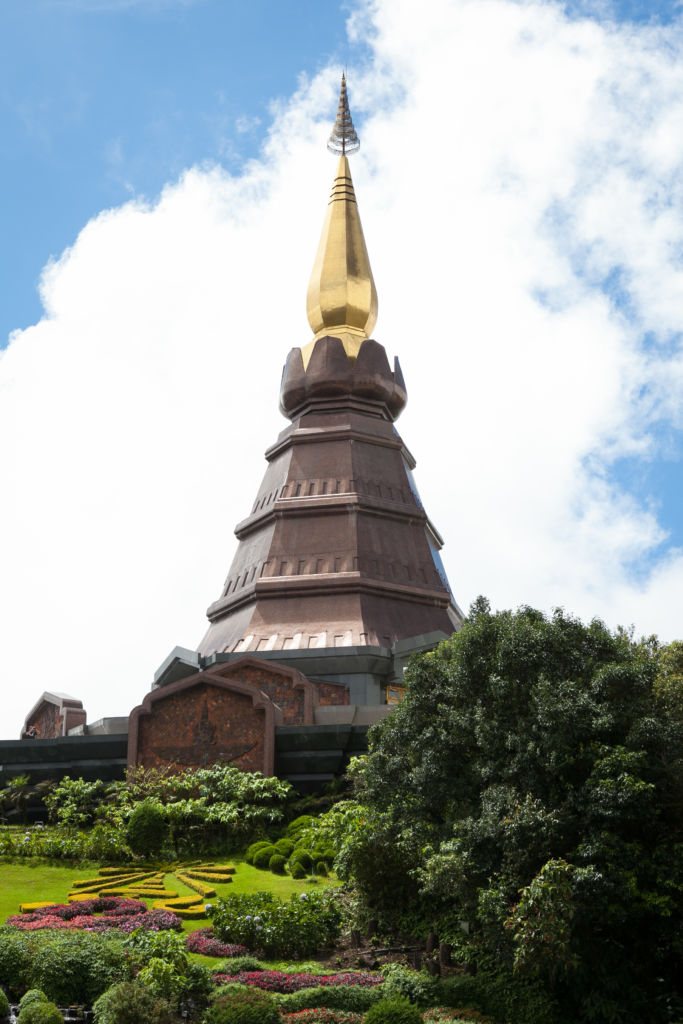 One of the Doi Inthanon pagodas on a brighter day

While most people would likely prefer to visit Doi Inthanon on a clearer day so they can see the long-ranging vistas, it was the full experience of the cloud forest that we will never forget. Our very favorite view that day was from the flower garden looking towards one of the pagodas. The temple was barely visible, reaching up through the mist into an unseen sky. We took turns taking our photos on the wooden arched bridge that spanned the tranquil pond in the foreground… and we allowed the eerie silence to speak. 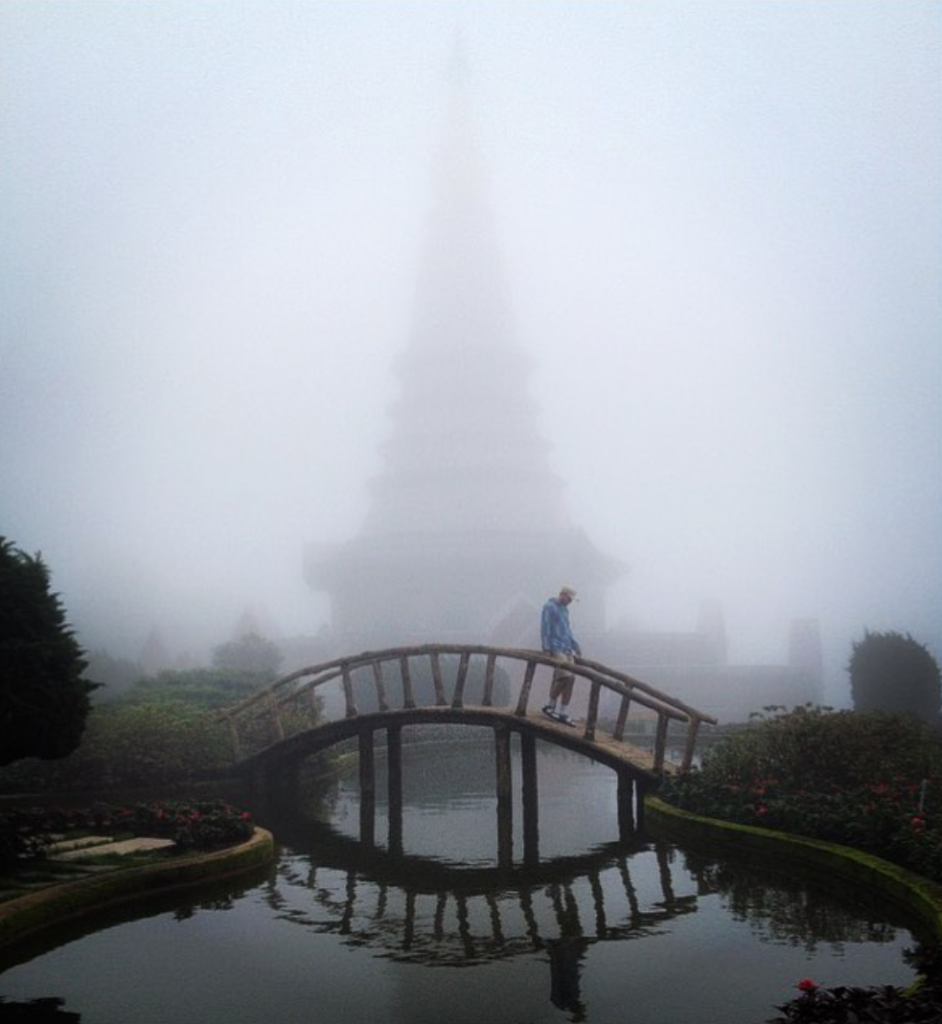 Niteo visits Doi Inthanon and many other incredible destinations as part of its Taste of Thailand Tour.

Note: I was surprised to discover that Doi Inthanon is considered the foothills of the Himalayas – the range that stretches all the way to Nepal!