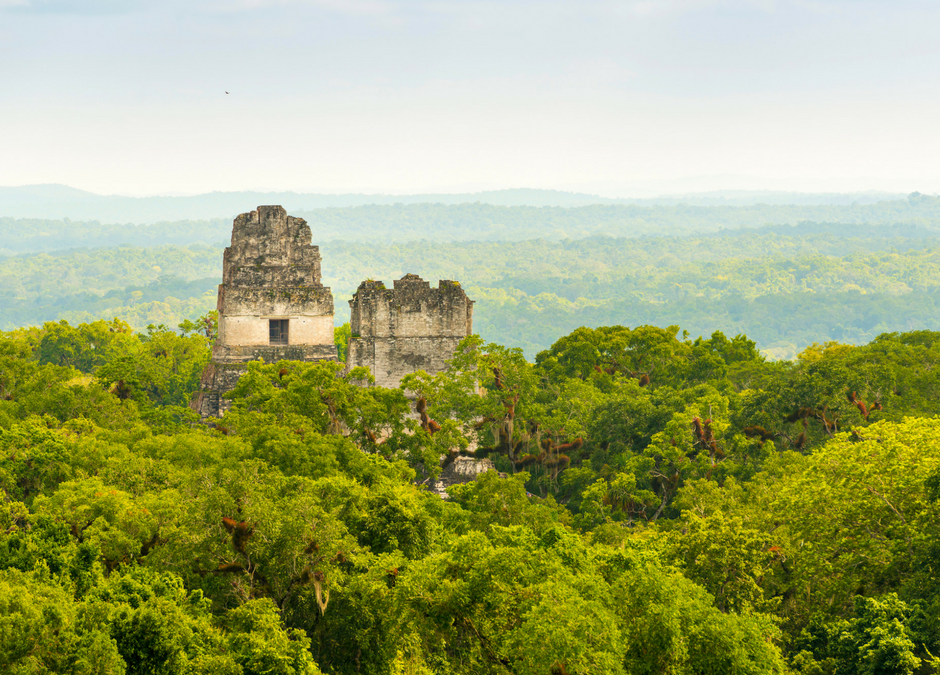 Tropical rainforests are pretty amazing on their own, but combine the diverse ecosystem of a tropical rainforest with one of the largest archeological sites of the ancient Mayan civilization, and you have a bucket list destination!

Tikal, in the northeastern corner of Guatemala’s Peten province, has been a UNESCO World Heritage Site since 1979. Interestingly, despite its incredible potential draw, tourism to Tikal is a relatively recent phenomenon. When I traveled there for the first time in 2013 it felt like we had the park all to ourselves. At that time, there were few restrictions in terms of how you could engage with the pre-Columbian temples and it wasn’t hard at all to find a quiet place to lay in the lush green grass to enjoy the hoots of howler monkeys and the squawks of toucans. 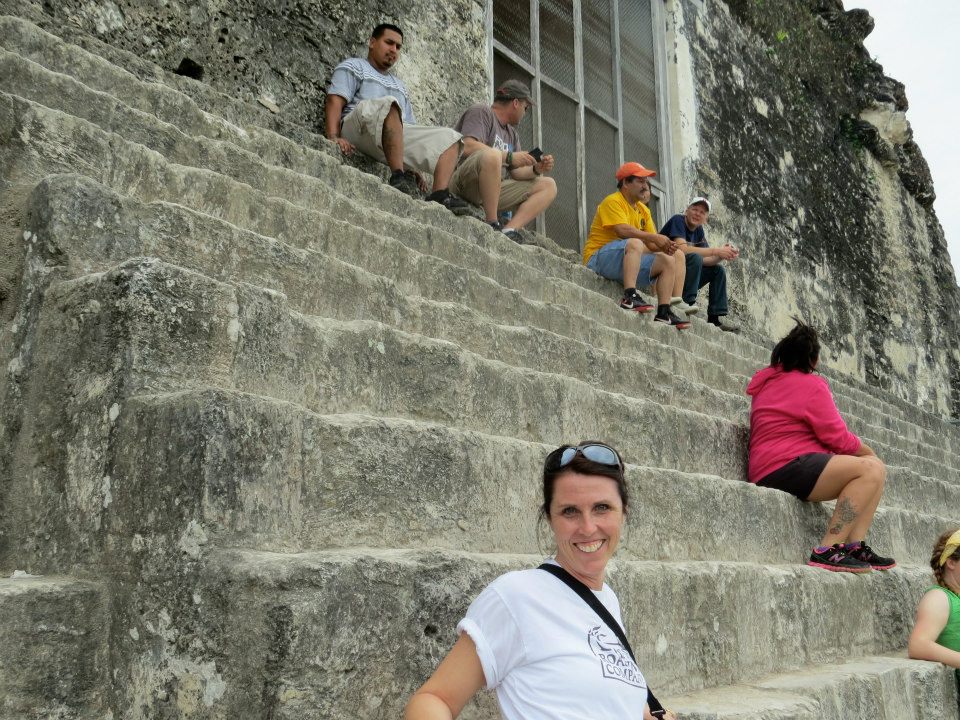 Make Yourself at Home – Sitting atop the highest Mayan ruin at Tikal (Temple IV) built in 740 AD. The view from here over the rainforest is worth the climb (see above)! 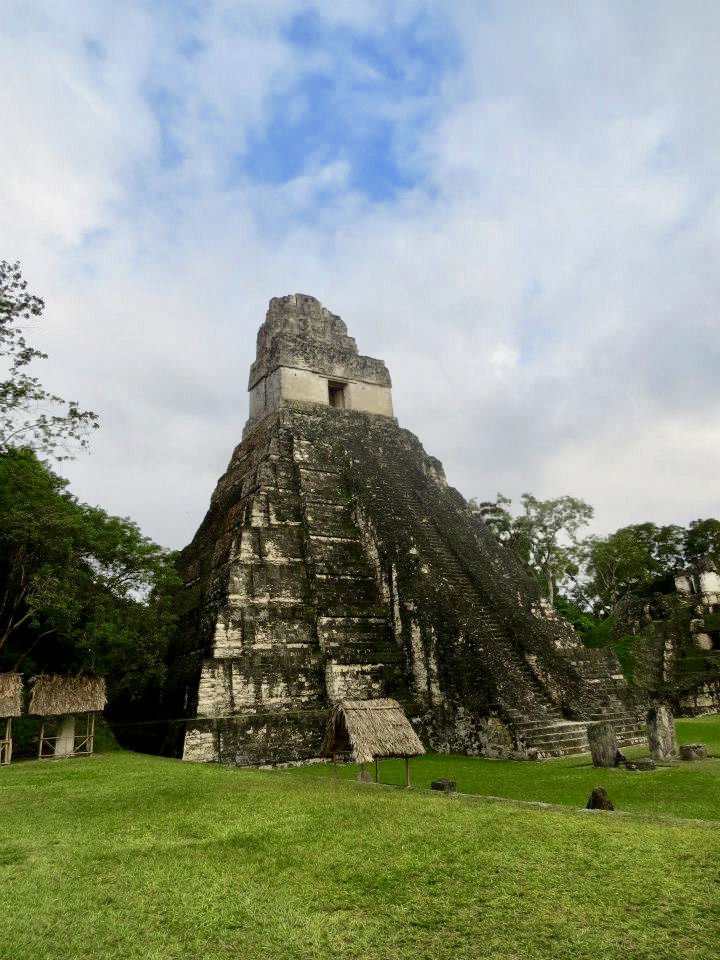 This is a bucket list destination without the crowds

Howler monkeys and toucans aren’t the only creature entertainment. The equally visible white-nosed coatis, parrots, anteaters, and spider monkeys (and who can’t be mesmerized for hours watching spider monkeys swing effortlessly through the trees?) all call this rainforest home. Less visible? The jaguars and cougars that are said to roam the park. Though these cats are mostly legend to locals, they all seem to have a story about running from one! On our walk through the jungle, I couldn’t help but spend more than a few minutes staring at the army of leaf-cutter ants busy along the forest floor. These tiny, abundant creatures are marvels at cooperation and they clean everything along their routes, carrying impossible loads for their size. Though I understand they have a painful bite, they are valued by the locals – not only for their ability to “pick up the trash” around the house but also because they are really good at predicting the rainy season. 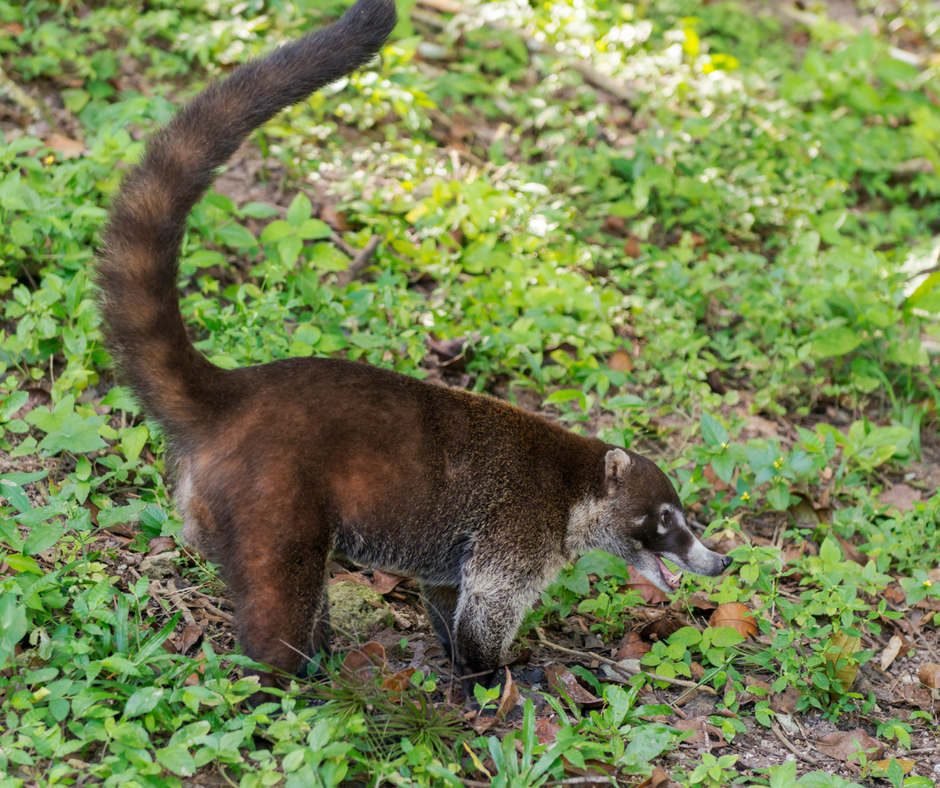 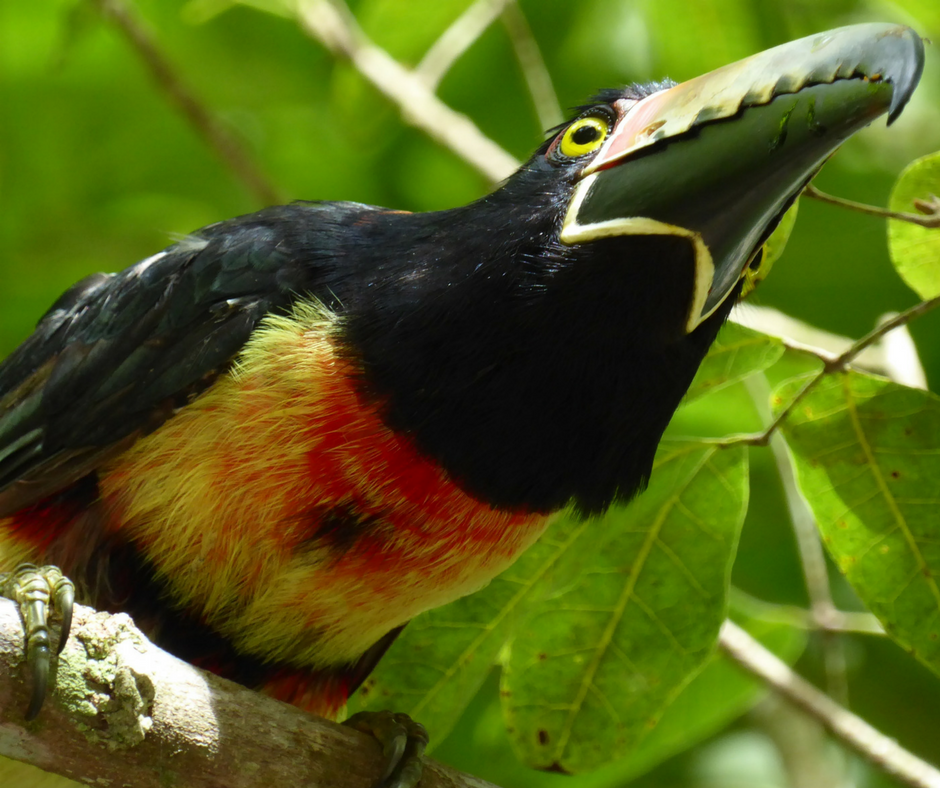 Another rainforest resident – The colorful toucan

For centuries, this great Mayan city was covered in jungle. Even today, a walk around will leave you with the unmistakable realization that a lot of Tikal is still shrouded in vegetation. It is estimated that 30% of the temples and structures are yet to be unearthed. Of the 3000 structures we know about, most date from the 8th century when Tikal’s population was as large as 100,000 people when it was the center of culture, power and trade. The scientific and artistic sophistication of the ancient people is impossible to miss. For example, the Great Plaza was acoustically designed so that the high priest could be heard from anywhere in the plaza. 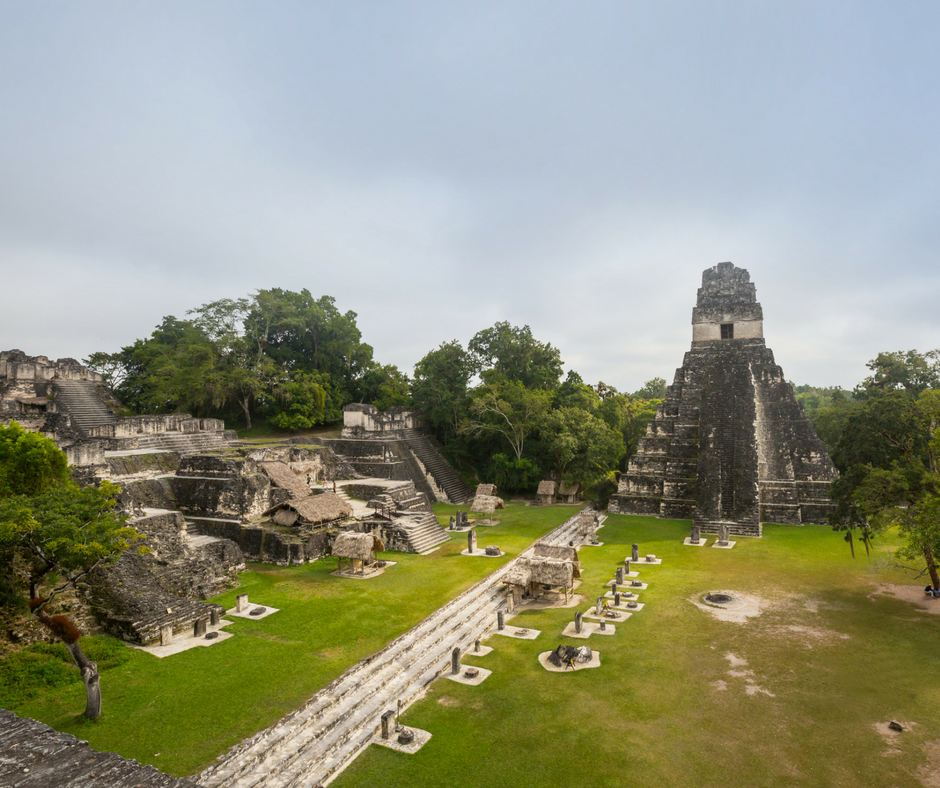 There is so much important history to know and biodiversity to discover, the best way to see Tikal is with a knowledgeable guide! And, NOW is the time to see it – with the increase in tourism, I’m sure it won’t be long until this international treasure is carefully regulated and highly populated.

Here’s a final tip: Along the way, make sure your guide snaps a photo of you with Guatemala’s impressive national tree – the Ceiba pentanra. Though there are over 200 species of trees in this forest, you shouldn’t miss a photo op with the imposing species that the ancient Mayans believed connected the underworld with its roots.

Tikal is one of the stops on our Belize-Guatemala Adventure Tour.