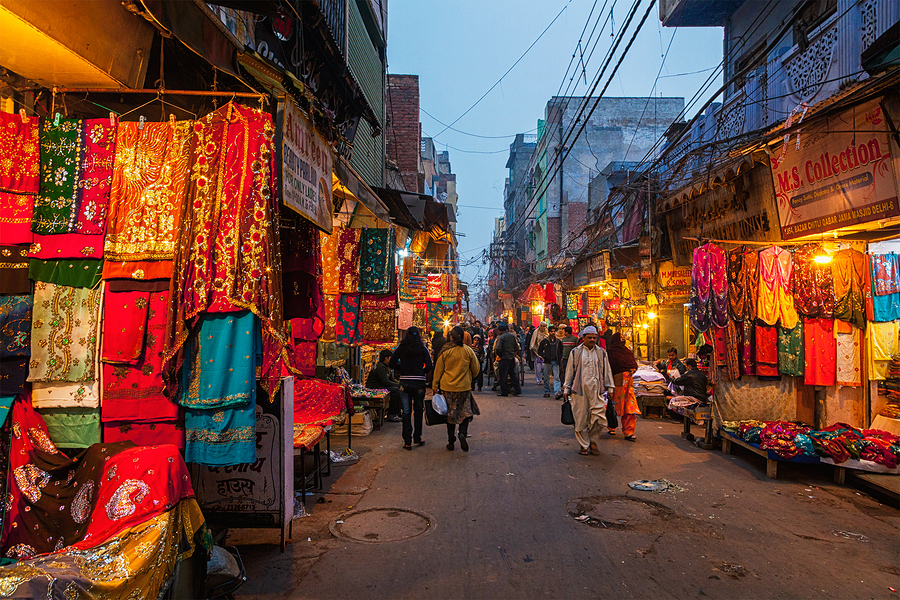 Years ago my mother-in-law gave me a worn copy of The Far Pavilions, a book set in India in the 1850s. One thousand two hundred pages later, I decided that someday I would go to India and discover what Indian culture was like. Thanks to an invitation to teach on the topic of family, I got my chance this week.

Answering the question, “What’s India like?” after visiting just two cities is a little like trying to describe the United States of America after visiting New York and Omaha. So I’ll give you general impressions along with a surprising discovery of not one but two Indias.

New Delhi is a 18-million strong metropolis. It’s extremely hot and dusty, filled with honking cars and pedal-bike rickshaws and an abundance of cows, sacred to the Indian Hindu. Which means, of course, that Indian delicacies are created with vegetables, chicken, and goat. Even pork is scarce due to the many Muslims in India.

Two of my favorites dishes were shawarma dipped in mint sauce, an appetizer made popular by Arabs here, and momo, a steamed dumpling brought to Delhi by the Nepalese. The man in this picture was quite shy but he smiled broadly when I raved about the dumpling dipping sauce, a mixture of red chilies, fresh tomatoes and coriander. Seriously, I wish I could bottle this stuff up and take it home. 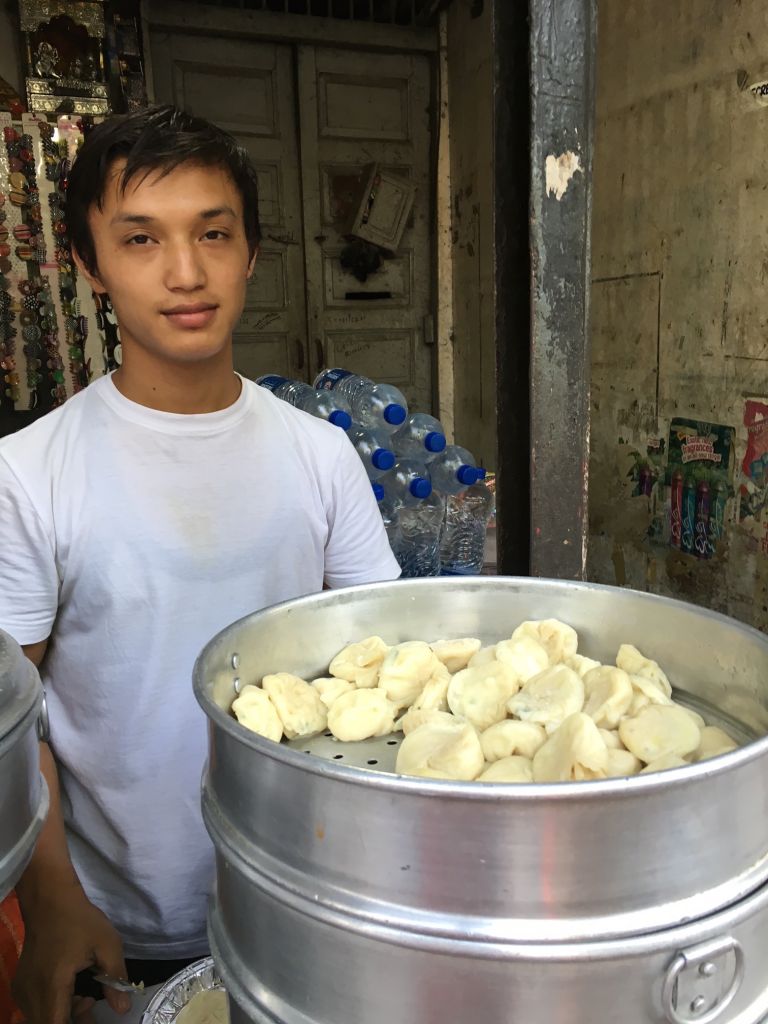 Delicious “Momos” or dumplings were some of the street food in New Delhi, India

The fusion of different cuisine reflects the fusion of cultures. I arrived with the expectation of what a “typical” Indian man or woman might look like but discarded that idea quickly. In New Delhi, at least, there is no “typical”. Everyone looks and dresses very differently.

One of the cultural tips I was given was to wear long skirts and not to shake the hand of a man. “Don’t wear a dress where your knees will show and greet people by pressing your palms together,” I was told. Offer a hearty “Praise the Lord!” if you’re meeting with a Christian and a simple “Good afternoon” if you’re not.

After time in New Delhi, I hopped a plane six hours east, past Kolkatta (formerly Calcutta) to a small town in the province of Assam. My first sign that something was different was when my host, Mr. James, reached for my hand and began shaking it furiously. “Good afternoon,” he said while smiling broadly. He grabbed my suitcase, threw it in a jeep, and off we bumped along past more cows but this time next to lush green grass and tree.

Few of the women I saw wore long skirts or dresses. Instead I felt at home wearing pants and a sleeveless top. (I did note, however, that no knees were showing).

Mr. James and most others here resemble people from Tibet and Nepal. They are fiercely proud of their Northeastern roots and do not like to be lumped in with the section of India beyond the Silguri Corridor (a narrow stretch of land in West Bengal referred to as the “chicken neck”). “That is mainline India,” I was told. They made clear that their culture is distinctly “Northeastern Indian” not “Indian.”

Hundreds of different tribes populate the area, each distinct from the other. And they embrace this tribal identity. People kept referring to themselves as “we tribals. For instance, “We tribals like to be called by our first names,” one of my hosts declared. I obliged.

The food here is simple, maybe not as exotic as Arab-originating shawarma or momos from Nepal, but delicious. Dal, a porridge made from lentils, rice, and boiled vegetables are a staple for every meal. I was treated to one specialty of the region called mong mong, a thorny bush leaf dipped in egg and fried but found it tasted a bit like dish soap and lemon.

Over the last few days here I’ve continually seen distinctions drawn between Northeastern India and the rest of the country. Whether they’re talking about cuisine, theology, or parenting skills, those here draw a picture of a culture uniquely shaped by its own history and people. So while I came expecting one gift—the discovery of Indian culture—I came away with two.