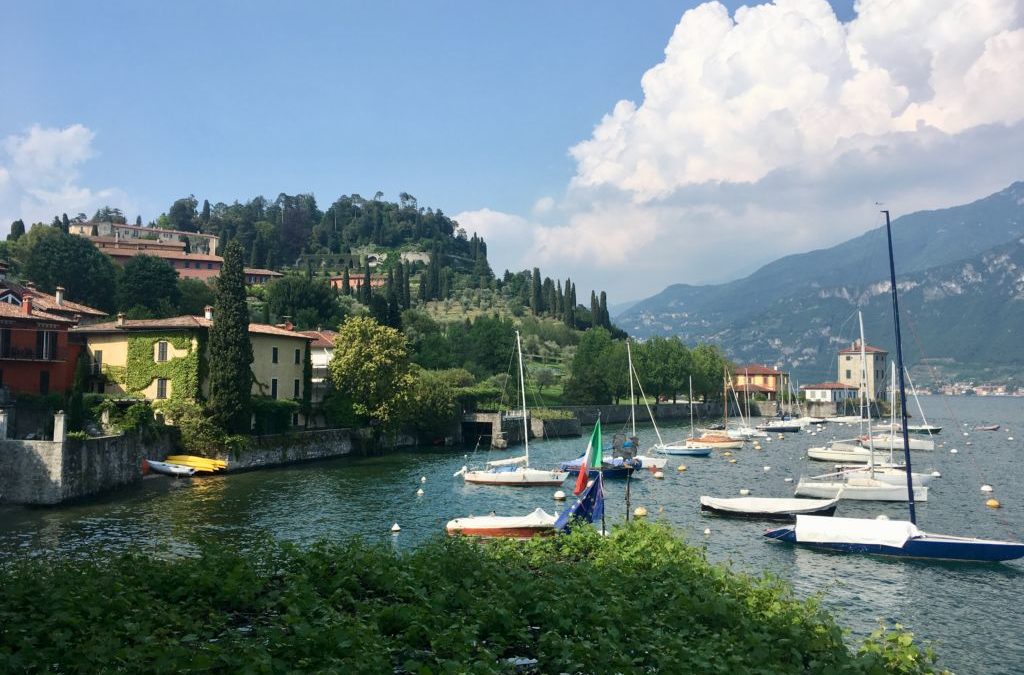 I know. I’m not unique. Everyone loves Como. Even George Clooney, with all of his limitless options, says he fell in love with Como in the early 2000s. He owns four villas along the shores and keeps his summer residence at Villa Oleandra, an 18th century mansion in a quiet village called Laglio. But, I imagine this isn’t news to you. I’ve discovered that most Americans, when they hear you went to Lake Como, want to know if you spotted George Clooney.

We couldn’t visit Villa Oleandra for obvious reasons (like we aren’t friends or family), but we were excited to visit another famous villa on Lake’s Como’s shores also associated with a famous leading man – Bond, James Bond. In 2006, James Bond brought international attention to Villa Balbianello when it was featured in his iconic and wildly acclaimed movie, Casino Royale. If you’ve seen the movie you wouldn’t miss the feeling of familiarity. The gardens and architecture served as the backdrop for Bond’s recuperation after his unfortunate and torturous encounter with La Chiffe.

Because the only way to reach Villa del Balbianello is by way of the lake, we were picked up in a private boat on the dock right outside of our hotel. Uncharacteristically, a storm blew in that afternoon, but the boat and driver were prepared. By the time we arrived at the villa, the clouds had parted and the sun had started to shine.

Villa del Balbianello is arguably the most prominent element on the entire lake and arriving by private boat to the dock below provides a spectacular anticipation. Something about the secluded setting feels exclusive – you can almost imagine meeting George and Amal at the top of the stairs. The tour felt exclusive too. We were greeted by our own guide who privately ushered us in to every lovingly restored room before turning us into the gardens.

Villa del Balbianello is now another reason why I am in love with Lake Como. Don’t miss this!

In 1974 a man by the name of Guido Monzino realized a dream from childhood when he purchased and transformed this national treasure perched over Lake Como. Monzino has a fascinating life, and learning about him was the top highlight for me. Perhaps what he was most famous for (besides the meticulous restoration of the villa) is the 21 major exploration expeditions he led – including a trek to the North Pole in 1971. It was a HUGE undertaking. He employed thirty Inuit guides and 300 dogs to accomplish his dream to bring the pride of Italy to the North Pole without the aid of modern techniques. 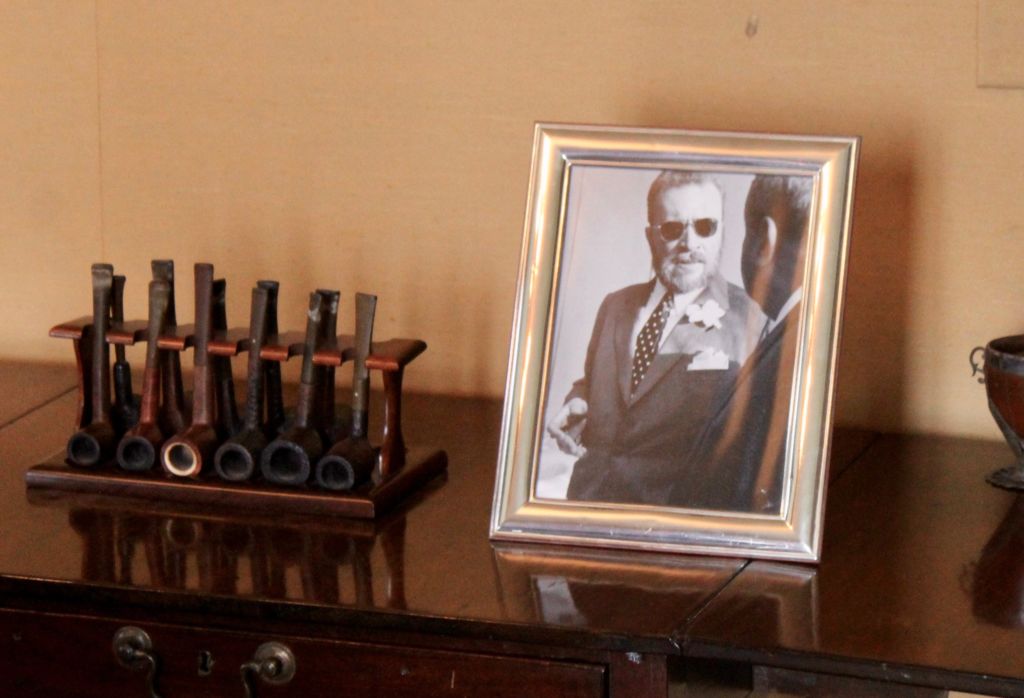 Mr Monzino made his fortune through business. His family were founding partners of one of the first department store chains in Italy – La Strada. He made his mark on the villa and provided for its future.

Built on the highest point of the garden, the loggia is a beautiful architectural feature that serves as the central portico overlooking both sides of the lake. It’s hard to say what I appreciated most about it – the perspective of the lake from the balcony, the artistically arranged climbing fig vines, or the 18th century architectural work of art. 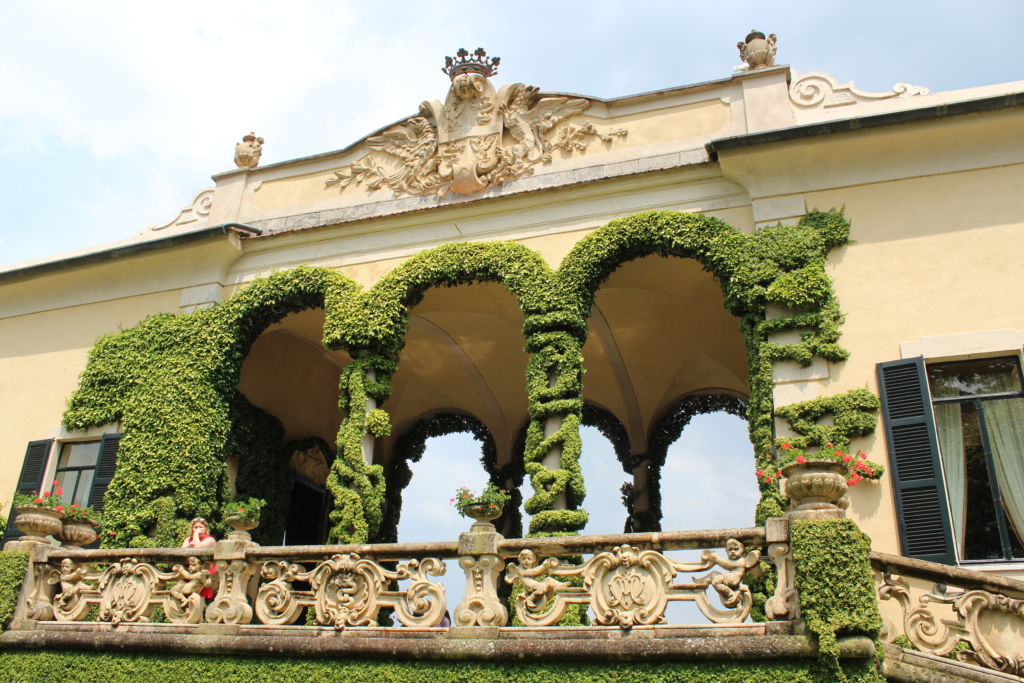 The loggia features a coat of arms at the top representing former owners, Giuseppi and Costanza Arconati Visconti.

Collections of Art and Antiques

The overall value of the contents in this villa is impossible to estimate. A few pieces were considered so rare you couldn’t assign a price tag. Valuable carpets and historic furniture, Pre-Columbian and Archaic figurines, Chinese art from the Tang Dynasty, paintings on glass, not to mention an entire floor devoted to items related to Monzino’s expeditions. I was overwhelmed! 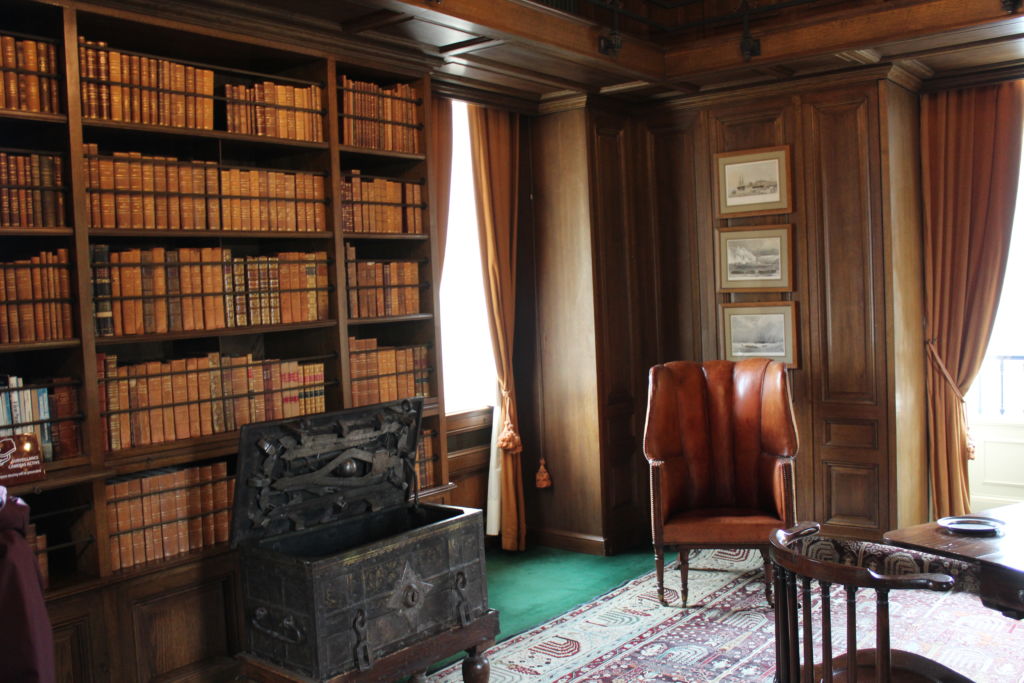 The library’s rug, made in Agra in the first half of the 19th century, is impressive. 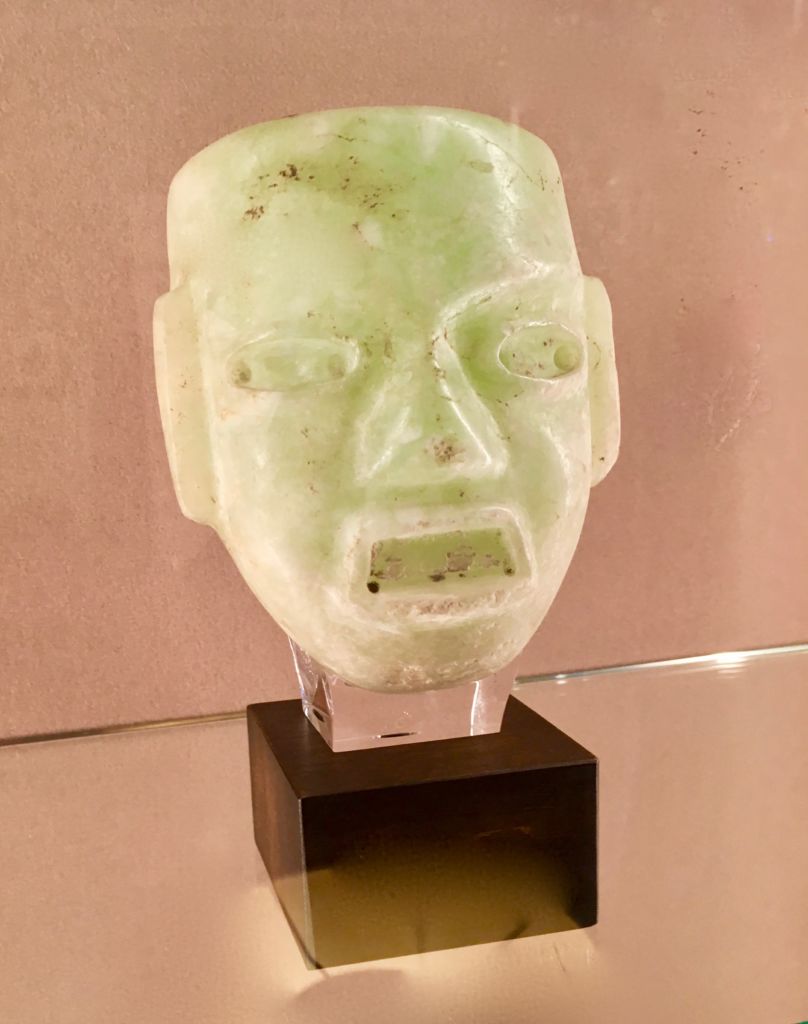 When the tour guide explains that the meticulously manicured “lakescape” you are experiencing is cared for by the same gardeners as in the days of Monzino, I felt like I had a glimpse of the former owner’s vision. It is perfection on display… and it can’t be easy! Despite the inhospitable conditions on this rocky outcrop, the gardens offered fetching vibrant color combinations, a wide variety of landscape styles and plant species (including a 200-year-old purple wisteria plant), a series of impressive and aged sculptured figures, and of course, the centerpiece – framed views of the lake itself. 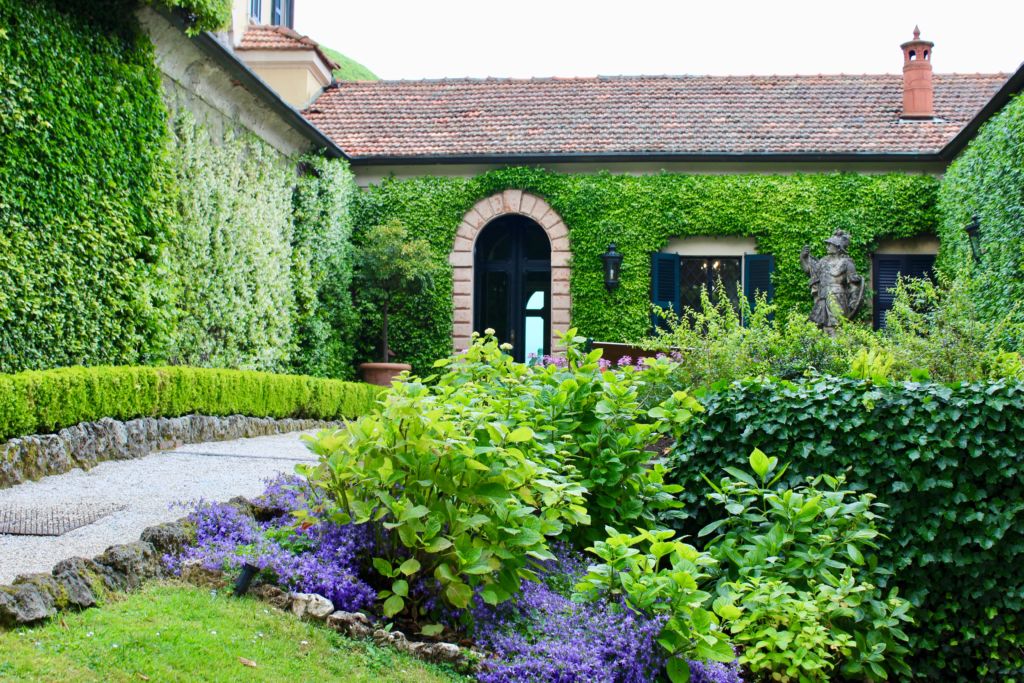 Despite its rocky environment, lush gardens are a highlight.

You can’t go to Lake Como and not get out on the lake. But, this boat ride was more than just a water taxi. The driver provided valuable historical, architectural and cultural information along the way there and on the return. For the first time, I also got a sense of the scope, shape and size of the lake (a lake I had previously only minimally explored). 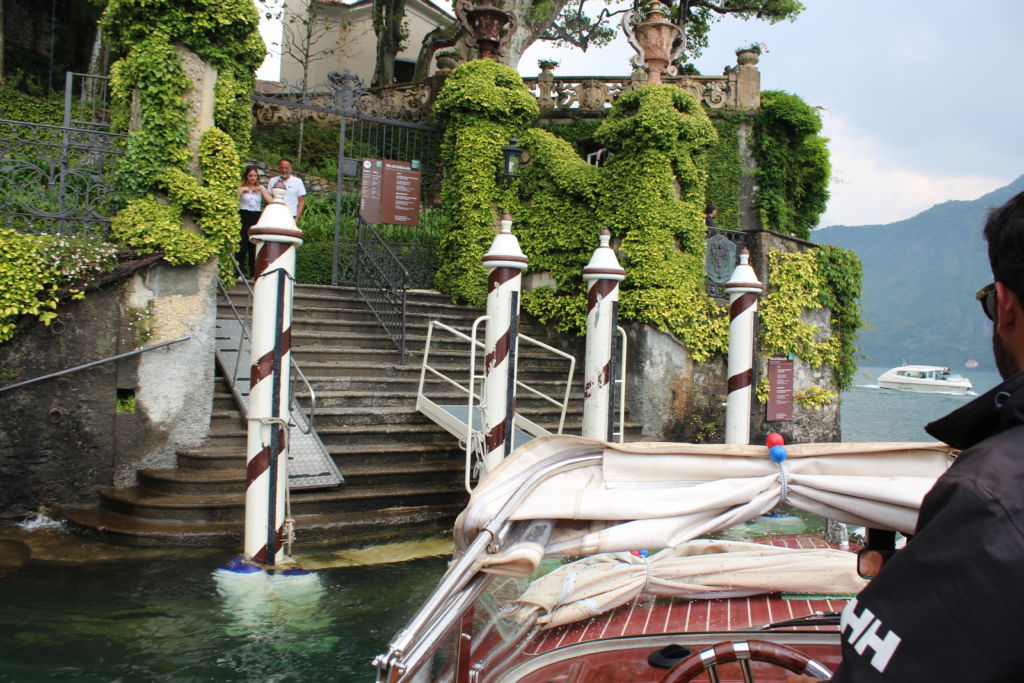 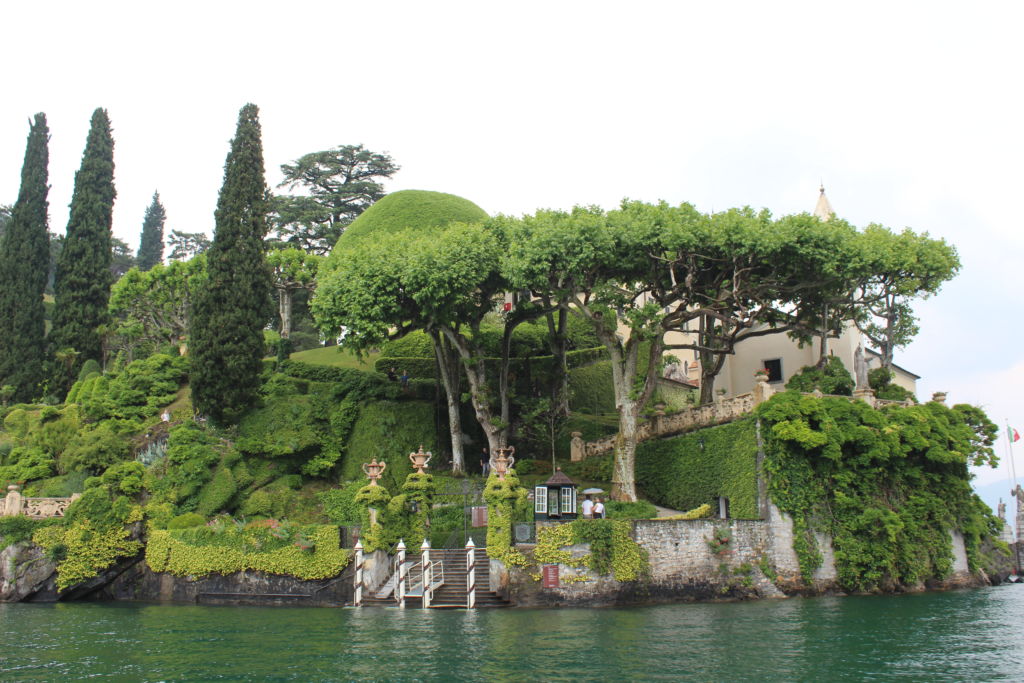 View from the Lake

On your Niteo Tour to Italy, add Lake Como’s Villa del Balbianello to your list!