In just three days, Mexico celebrates 208 years of independence. So we asked long-time resident Kerry Olson to give us the history of Mexico in a nutshell. Kerry is the international project coordinator for Bethany International. He and his wife Jan have lived in Mexico City for over 20 years.

THE HISTORY OF MEXICO IN A NUTSHELL

Before the Spanish conquistador’s arrival to Mexico in late 1519, Mexico was home to a large number of Indian groups. The large majority were loosely connected to the Aztec Empire in Central Mexico, in what is today home to one of the world’s largest cities– Mexico City.

Mexico City and the founding of Mexico

Native people had been given a prophecy: Their then nomadic people were to settle in the place where they encountered a great eagle perched on a cactus killing a snake. In 1325 the prophecy was fulfilled in the middle of a marsh on the edge of Lake Texcoco. And so Tenochtítlan was born.

When the Spanish saw Tenochtítlan, present day Mexico City, two hundred years later, it was an architectural marvel with roughly 200,000 inhabitants on an island in the middle of Lake Texcoco. Several bridges and causeways lead to the mainland. Numerous pyramids dotted the area and the city featured a canal system larger than present day Venice. The Spaniards saw it and were awestruck.

The Spaniards numbered 500 men with 19 horses (the Aztecs thought them to be gods). They joined forces with a large coalition of native Tlaxcalan warriors (sworn enemies of the Aztecs) led by Hernán Cortés and conquered the Aztec Empire on August 13, 1521.

The Kingdom of New Spain was now in place. Spanish colonization began with radical de-population. They slaughtered many indigenous people; others died from measles and small pox. The mortality rates are estimated to be as high as 90%.

Since the Spanish had not brought Spanish women with them, they intermarried with the native peoples. The mixture of these two people, mestizos (mixed bloods), translates to roughly 90% of the population of modern-day Mexico.

On September 16, 1810 Friar Miguel Hidalgo, a Spanish priest, rallied the people with a speech. The Cry for Independence in the city of Dolores Hidalgo, Guanajuato, motivated people to revolt against the Spanish regime. Hidalgo’s small army was defeated, though, and Hidalgo was captured and executed a year later.

Insurgents refused to give up. Though the Spanish imprisoned or killed many, the people’s resistance succeeded. On September 27, 1821 three hundred years of Spanish rule officially came to end. Mexico was free! 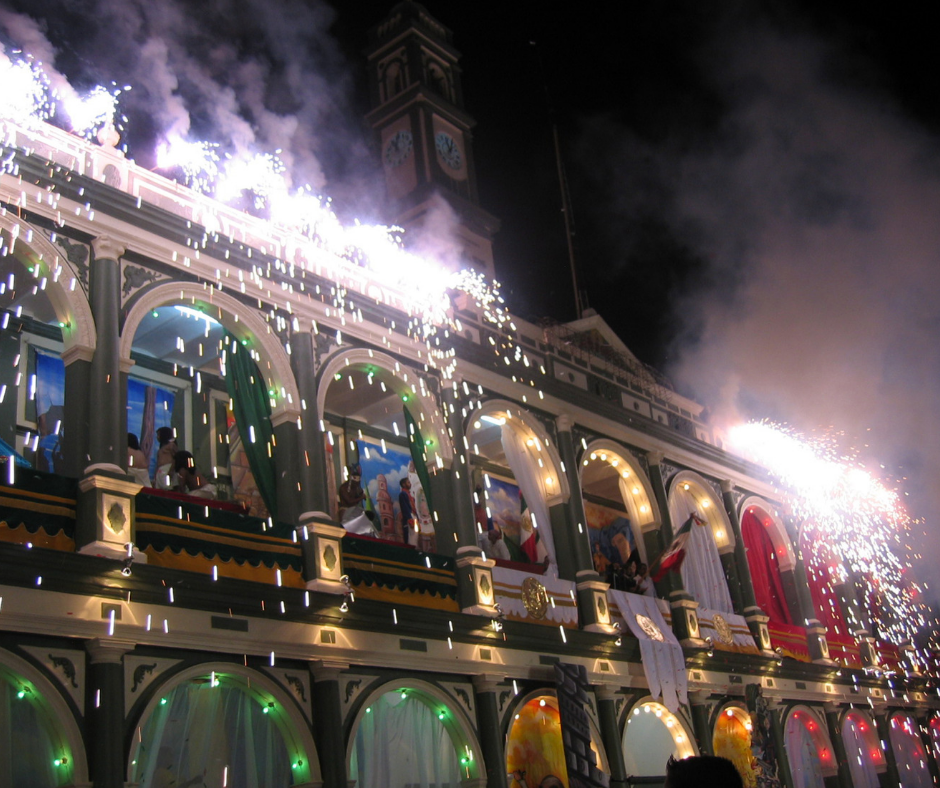 Today Mexicans celebrate Independence much like Americans do – with fireworks, music, and great food!